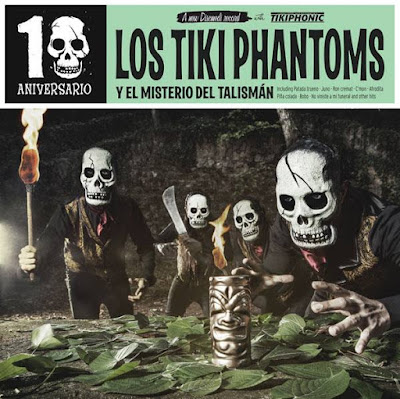 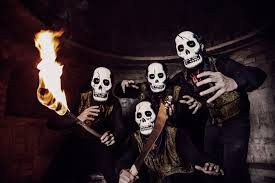 It's been 10 years now since  Los Tiki Phantoms  rode their first wave and over that time they have become  one the most popular surf bands in the world and rightfully so.Their 3 albums and 2 singles are a testament to just how good they really are.This is a surf band that not only mixes it up but also can light it up.From traditional to garage to smash mouth and spaghetti, these kats can  not  only cover the surf map  but do it well to boot. It's been 4 years since their last album so the recent release of " El Misterio Del Talisman" will have fans jumping for joy.This new puppy crashes ashore with  a punch,we get 15 killer tracks that get the job done. Sure it may be more of the same but it's  pretty damn  good, so why change? Highlights include: "Patada Trueno", " Evasión Y Victoria", " Surf´n´turf " and "Espiral Cósmica "
Once again  Los Tiki Phantoms have  delivered the goods with "El Misterio Del Talisman". But then again if you know anything about these kats you kinda  know that's the case .In fact this may just be their best yet,it's that good! Highly Recommended!!!
https://www.facebook.com/lostikifans?fref=ts
Posted by Slams Reviews 2 at 12:24