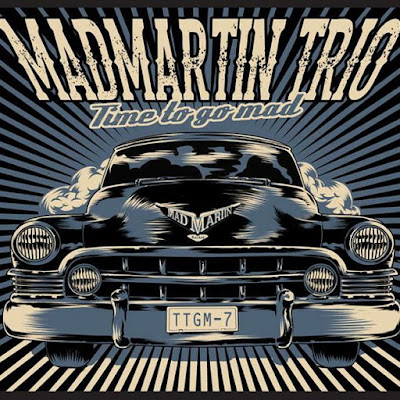 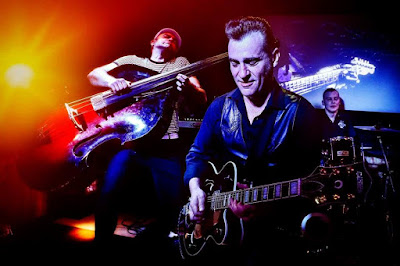 In just over a year the Mad Martin Trio have done more than most bands do in a few years.Since roaring out off the starting line in early 2014 they have won a major Spanish battle of the bands contest(over 1200 bands),played a whack of shows,put out an ep, a mini album  and now a debut full album.Hell there is some major word of mouth about these kats and it's all good.They may be a "new" but there is a whack of pedigree here and they really are a damn good band.The full debut album "Time To Go Mad" struts in with 11 originals and 3 covers of straight up kool rockabilly/rock n roll that's hard to resist .From mid tempo tracks to all out rockers with little shades of country and blues thrown into mix. This is a strong and  diverse album that stands up to repeated listening. Highlights include: " How Bad Can A Good Girl Get ", "Todd the Gambler","Eileen" and " I Dared The Devil".
The Mad Martin Trio have more than lived up to all the buzz about them with " Time To Go Mad ". Straight up; this is a damn good album that pulls no punches and you should throw some of your hard earned dollars down on.Recommended!!  https://www.facebook.com/MadMartintrio/timeline  http://www.madmartintrio.com/  https://www.reverbnation.com/madmartintrio7