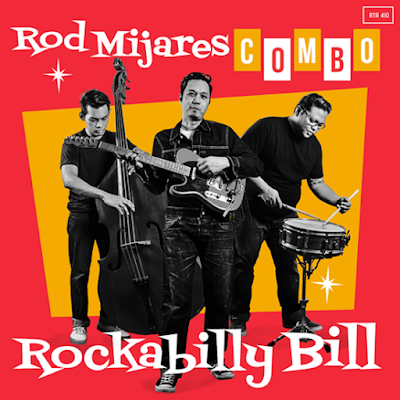 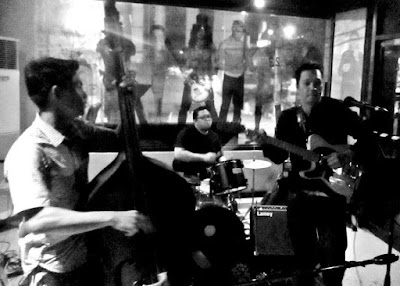 When you think of rockabilly you probably don't think of the Philippines.Hell most of us probably can't even  name a single band from the nation of islands ,yet there is a music scene there.Personally I was only aware of a couple bands ,a pop outfit and the rockabilly band The Bembol Rockers.Well  Rod Mijares was in that band for a while and in the last couple of years he has been a busy man with his new outfit the  Rod Mijares Combo.Their 2014 debut album was the kool all surf affair  "See You In My Twang",which was released on the small but dedicated label,  Beat the Robot Recordings.For their  sophomore effort these kats have really changed things up ," Rockabilly Bill " as the title suggest,  is a rockabilly album and a good one too boot.We 12 original slices of mainly traditional rockabilly that for the most part come off refreshing and kool.There is also some "western bop" and a couple of slower jazzy tunes thrown into the mix as well.Highlights include: "Everybody", " I'm On My Way", " Rockabilly Bill" and  "Rollback".
Rockabilly Bill probably won't blow your skirt up but it is damn solid and has a kool and at times casual  vibe about it .As a result it makes for an enjoyable listening and definitely worth throwing a few bucks down on.!! https://www.facebook.com/rodmijarescombo?fref=ts  http://beattherobotrecords.com/rodmijares.html
Posted by Slams Reviews 2 at 10:59