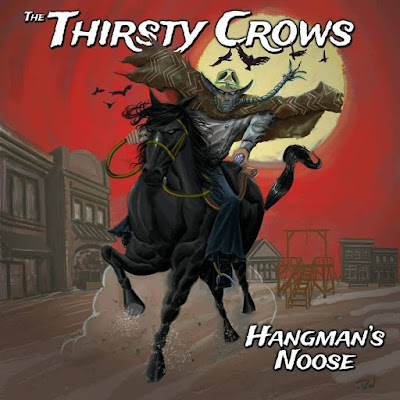 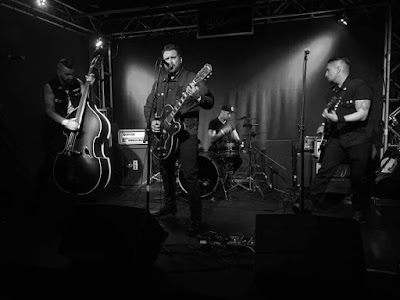 Over the years the Los Angeles psychobilly has gained a rep as a tough scene to get noticed in.Part of the reason is that a lot of the band's kinda sound the same.  Back in 2011, The Thirsty Crows came onto the scene with their self coined  "South Bay Rockabilly" sound.It's less rockabilly and more psychobilly with a huge shot of spaghetti,it's also damn kool.That sound helped the band get noticed and separated them  from the pack.They started out as a 3 piece ,put out a sweet self titled ep in 2014 and then morphed into a 4 piece,which gave them a fuller and  more dangerous sound.Then in late 2017 they signed up with Batcave Records.The result of all this is their debut album,  "Hangman's Noose", a stout release that hits with  confidence and scores a direct punch . Coming in with 14 tracks of modern psychobilly packed with a whack of spaghetti, some punk,rockabilly and a tinge of Americana .All 5 songs from the band's ep are redone here and long time fans won't be disappointed.It's a sweet and dark ride that surprises.Highlights include: " Hangman's Noose"," Heart Attack"," Midnight Rumble" and "Vengeful Son"

Overall, "Hangman's Noose" is a well balanced ,and well produced effort that never gets heavy handed.The Thirsty Crows are a band that mean business here and this puppy cuts the mustard.Recommended!
https://www.facebook.com/TheThirstyCrows/
https://thethirstycrows.com/home
Posted by Slams Reviews 2 at 18:16 No comments: 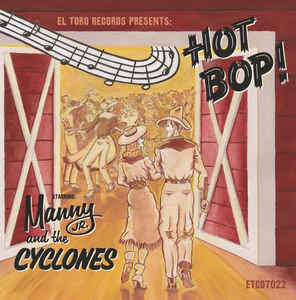 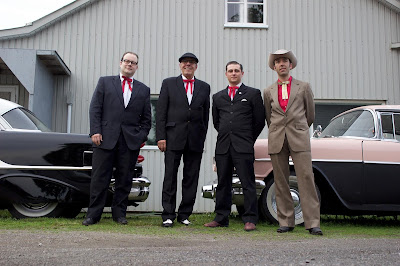 For over 10 years now Quebec's Manny Jr and The Cyclones  have been  serving up a sweet mix of rockabilly,rock n roll  and  surf . They are flat out a class act  and one of Canada's best bands too boot.The band's last offering back in 2014; "Rockabilly Girl" (El Toro Records) nailed it and established  them as a top shelf  outfit. With their new offering " Hot Bop! " they are back after 4 years  and in fine form.This puppy strolls in with a whack of confidence and backs it up.We get 14 tracks that run the gamut from rockabilly ,50's rock, surf, a little western swing and honky tonk to straight up rock n roll .Hell they even throw in some banjo into the mix ,just to keep you on your toes.It's also a brisk and refreshing ride.Highlights include : " Cavalier Seul", "Hop Bop", " You're So True", Oh Baby Yeah" and "Dirty Rat".

Manny Jr and The Cyclones  are aiming to please and succeed with 'Hot Bop!". This is a rockabilly band  that isn't afraid to spread their wings and as a result this is their best outing yet.Highly recommended!
https://www.facebook.com/Manny-Jr-and-The-Cyclones-133870263387232/?epa=SEARCH_BOX
https://canadarockabilly.com/
Posted by Slams Reviews 2 at 13:32 No comments: