Jenny And The Lovers - Strangelove 2015 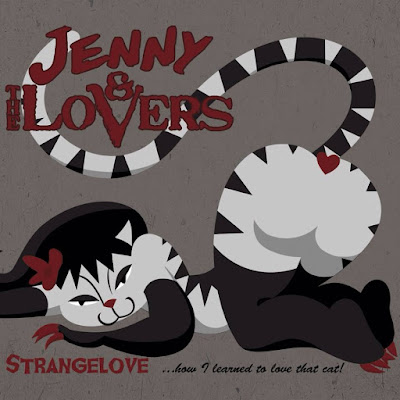 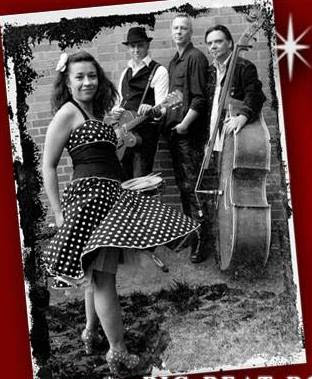 When it comes to Jenny and The Lovers the one thing you always read and hear is "Big Beat Red Hot Rock-A-Boogie". Well that's not far off the mark,this Berlin based outfit is known for their brand of 50's inspired rock n roll/rockabilly with an influx  of blues, surf, country and more, that's damn hard to resist.The band's 2012  debut album "Film Noir" is more that solid and managed to gain some international attention.Now their back with the sophomore effort "Strangelove" and let's just  say that they have upped their game.This puppy strolls in with 16 tracks that are a pretty good bang for your buck.We get a mix of covers that range from slow burners to ballads to straight up rockers. Jenny And The Lovers flex their musical muscles and cover a lot of ground here from rock n roll to blues,rockabilly,country and even a little taste of spaghetti(surf). Hell there is even some banjo action going on and you gotta like that.  Highlights include:"Queen Of The Jungle", " I Don't Know Nuthin'" ,"Hobo Blues" and "Gas, Grease & Glory"
With "Strangelove" Jenny And The Lovers  have delivered an interesting,fun and fresh album that's diffidently worth throwing a few bucks down on. Keep a eye on these kats. Recommended. https://www.facebook.com/jennyandthelovers?fref=ts   http://www.jennyandthelovers.com/