The Hi-Strung Downers - Can't Feel Good All The Time 2016 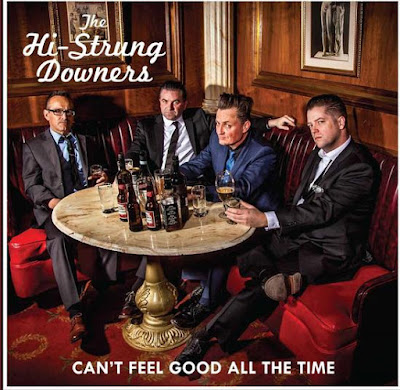 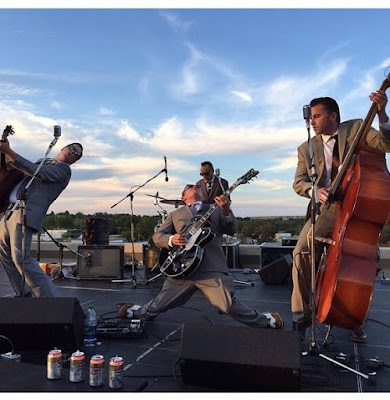 It's been 2 years since  The Hi-Strung Downers released their fine debut album "Here She Lies " and it's good to see that they haven't lost their sense of humor in that time . The band's sophomore album  "Can't Feel Good All The Time" is proof of that. These Albertans are still singing about female troubles , broken relationships and  possible revenge all while winking at you with a funny grin.This time out we get 11 original tracks that have these kats flexing their musical muscles.As a result this is a lot less rockabilly and way more rock n roll than their debut.The rockabilly,punk and country influences are still here and help make this a fun ride.We get a couple of slow numbers to some real boppers to all out rockers.Hell it comes off as  a kool , easy and  natural progression for them.Highlights include: " Down to the Show", " The Gun Shop", " Hell Train","Going Down To The Courthouse" and "Woman It's Time to Go"
Overall "Can't Feel Good All The Time" is a damn fine album that will have you up and at it .It's fun, infectious and very catchy.Hell what more do you want? Highly recommended !!
https://www.facebook.com/HiStrungDowners/?fref=ts&ref=br_tf    http://www.histrungdowners.com/home.html
Posted by Slams Reviews 2 at 09:19 No comments: 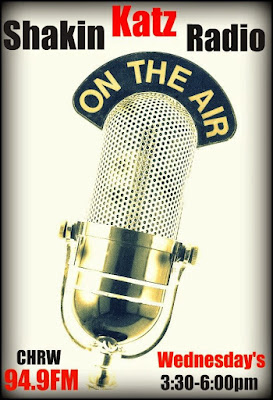 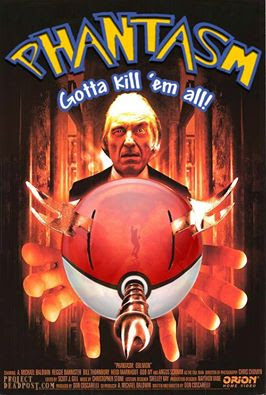 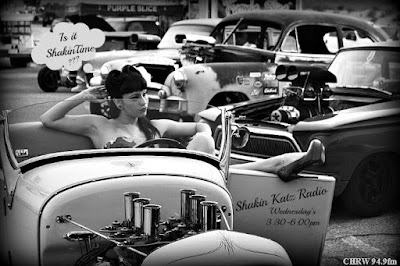 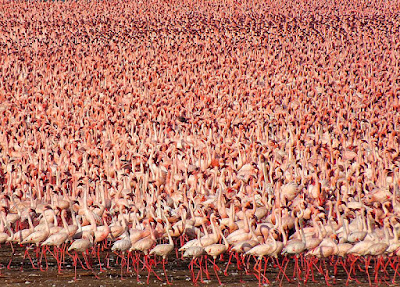 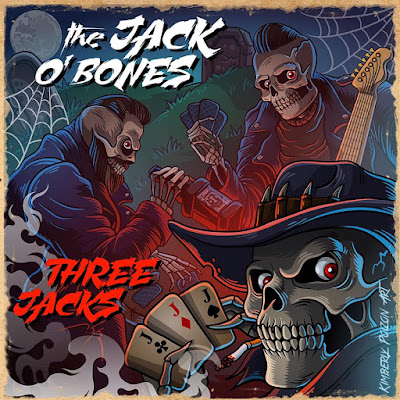 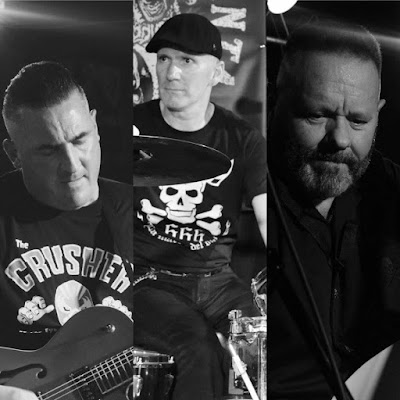 If  you into  "Psychotic Rock n Roll"/ psychobilly you gotta check out The Jack O' Bones.These kats have been hard at it since late 2012 and are often overlooked by psychos. But those who are familiar with the band will tell you just how good they are.Hell my better is a huge fan and she ain't afraid to tell anyone just how good they are .Anyway this is a band that packs a big punch and is on the stacked Diablo Records label .Their debut album "Wreck Ya To Death" is more than stout and one you should check out.That said the band's sophomore album "Three Jacks " has now dropped and this puppy is pretty kool .Punching in with 11 tracks of  psychobilly fun that will leave you impressed.This is old school psychobilly that strikes a solid balance with punk,billy and rock n roll.The result is a fresh and brisk ride.Highlights include: "Do You Believe In Werewolves", "Cleopatras Eyes", "Keyboard Warrior", and "3 Jacks".
The Jack O' Bones check all the boxes with " Three Jacks ". From song writing to execution to production,this is a pretty strong album that is brisk ,fun and killer .A definite pick up.Highly recommended!
https://www.facebook.com/TheJackOBones/      https://diablorecordsuk.bandcamp.com/album/jack-o-bones-3-jacks 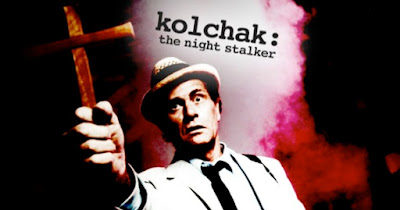 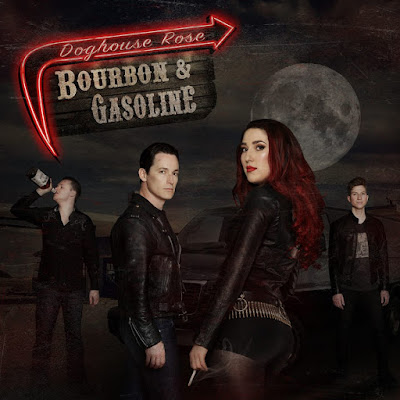 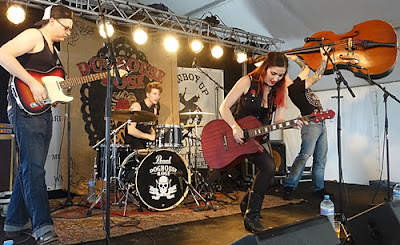 Over the last few years the  Canuck outfit  Doghouse Rose  has earned an  international rep as one of the most exciting and fun live acts out there. Playing a brand of "rebel country" that is very infectious has put them on the map. Hell even if your not into country these kats are hard to resist.The band's debut self titled is  more than solid and was well received,both critically and by the public. All this has lead to some high expectations for and on them. That said the sophomore effort " Bourbon & Gasoline " has just dropped  and  these kats have stepped it up. Clocking in with 14 tracks of "rebel country" that range from smoldering to burning hot.This is country that has an edge and at times is dark.Again the band draws on a mix bag of influences (from punk, hillbilly to rock and pop) to give them a unique take .The result is one fun and kool ride.Highlights include: " Dead or Alive", "Waiting for You", "I'm Gonna Drink" and " Lurking in the Dark"
Doghouse Rose are a band that brings a lot to the table and  "Bourbon & Gasoline "proves that .This puppy stands up well and will grow on you even if your not into country. Hell this is one stout outfit that knows how to deliver the goods. Recommended  https://www.facebook.com/doghouserose/?fref=ts     http://www.doghouserose.com/
"
Posted by Slams Reviews 2 at 07:11 No comments: 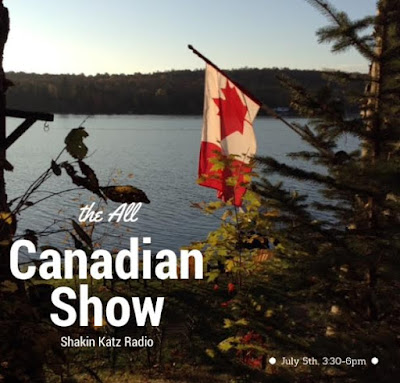 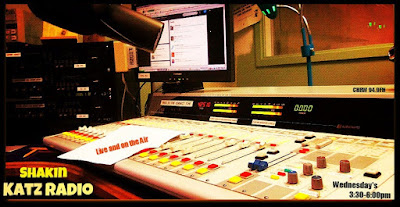 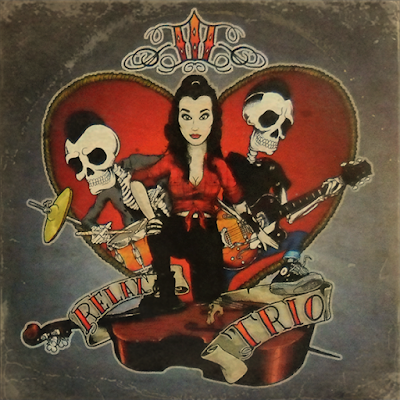 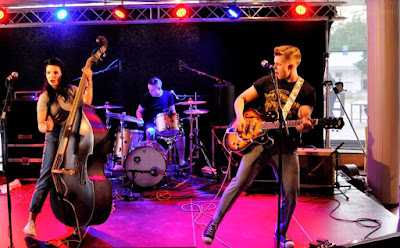 Some bands just keep getting better and better ,case in point Relax Trio .These young upstarts  have always shown a whack of talent and maturity.From rockabilly to the blues and straight up rock n roll they have always delivered the goods. One can't help but be impressed with their  body of work.The band's latest effort "  III " continues the winning streak.This puppy strolls in with a confidence and maturity that bowls you over.We get 11 originals of  the usual  mix of rockabilly ,blues ,rock n roll and shades of country.However the result this time out is by far their most rock n roll album yet.Yep this rocks real good.From a couple of slower numbers to all out rockers the album has a really good vibe and flow.These cats know when to hit then lift off the gas.Highlights include: "Boy From The Fifties", "Goody Two Shoes Go Wild", "Backseat Boogie Nights", "Victory Roll and "You Drive Me Nuts".
Overall "III" is the band's best effort yet.The Relax Trio have succeeded  in maintaining a billy base while becoming a killer rock n roll outfit and that's impressive .Whats really kool is that they are still young and hungry, you just know they're only going to get better.Highly Recommended!!
https://www.facebook.com/RelaxTrio/   http://www.relaxtrio.com/
Posted by Slams Reviews 2 at 10:09 1 comment: