The Psychonauts - Do the Hoochie-Coochie-Trash-a-Billy Stomp 2014 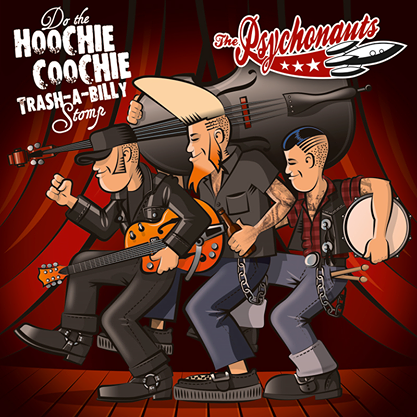 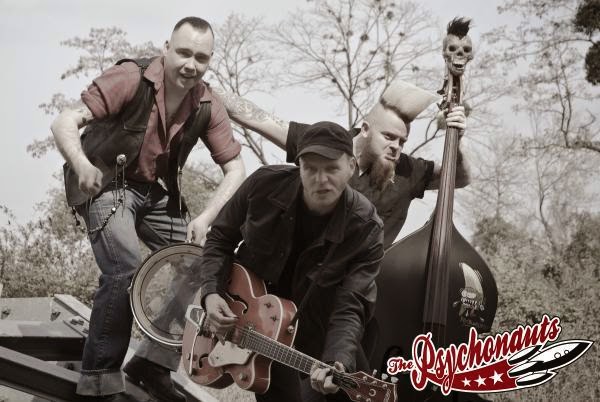 There is a few bands that go by the name The Psychonauts and most of them suck .Hell there are even two psychobilly bands with  the name and you don't see that every day.The Psychonauts that concern us are the psychobilly/rockabilly band from Switzerland and this outfit is pretty damn good .Hell there kinda funny ,a bit out there and have a rep for been a killer band .Despite only having a couple of demos and been around since 2009,their rep is strong enough that people have just assumed they have an album or 2 out but sadly that not the case until now .The band's debut album "Do the Hoochie-Coochie-Trash-a-Billy Stomp" is now out and let's just say this is helluva fun ride. Clocking in with 12 tracks that will get you off your ass ,this is one puppy that's hard to resist. This may sit at the corner of psychobilly and rockabilly but it's injected with  "Garage Trash",punk and straight up rock n roll.Highlights include: "The Psychonauts"," Southside","Let`s Go" and the title track  "Hoochie Coohie Trash 'a' Billy Stomp".
The Psychonauts are one of those bands that can rock out with the best of them  but doesn't take itself  so seriously and you gotta like that .Do the Hoochie-Coochie-Trash-a-Billy Stomp is  good in fact  it  may surprise a lot people by how good it really is. Recommended !  http://www.thepsychonauts.ch.tf/              https://www.facebook.com/pages/The-Psychonauts-official/345884248785249?sk=timeline
Posted by Slams Reviews 2 at 21:51