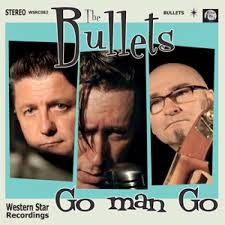 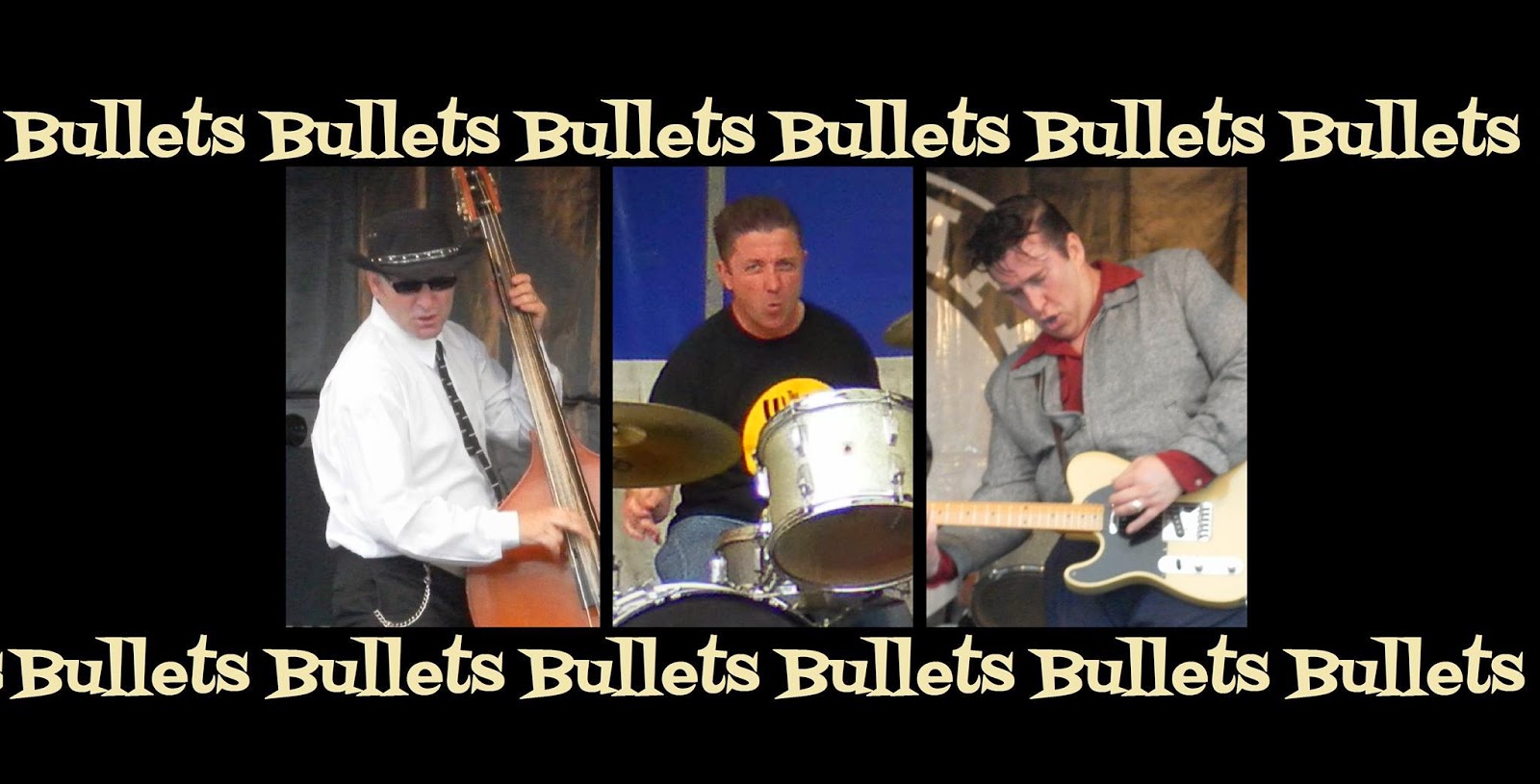 In early 2013 The Bullets released their stellar debut album "Sons Of The Gun" onto an unsuspecting public.The band managed to make some serious buzz on both sides of the Atlantic and deservedly so.Playing a brand of wild and  modern rockabilly that is a  blast of fresh air. Word of mouth spread  about these kats which led to some pretty solid airplay in North America and their album also made a few top ten list of 2013. Well The Bullets are back a year later with a sophomore album that's frankly a knock out .  "Go Man Go" comes out of the corner hard and fast and delivers in spades.With 14 original  tracks that ooze kool this puppy has a vibe you just can't resist.Highlights include: " Ex Hex","Last Man Standing"," Kicks Like ‘56" and the title track " Go Man Go".
The Bullets have really upped their game here and having the album recorded and produced at and by Western Star Records only makes " Go Man Go" even stronger. If The Bullets aren't on your radar and they should be,this definitely will put them on it.This is a serious contender for one of the best albums of the year.Highly recommended!!    https://www.facebook.com/pages/The-Bullets/202342183118105
Posted by Slams Reviews 2 at 13:21