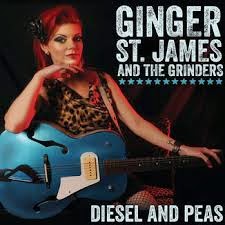 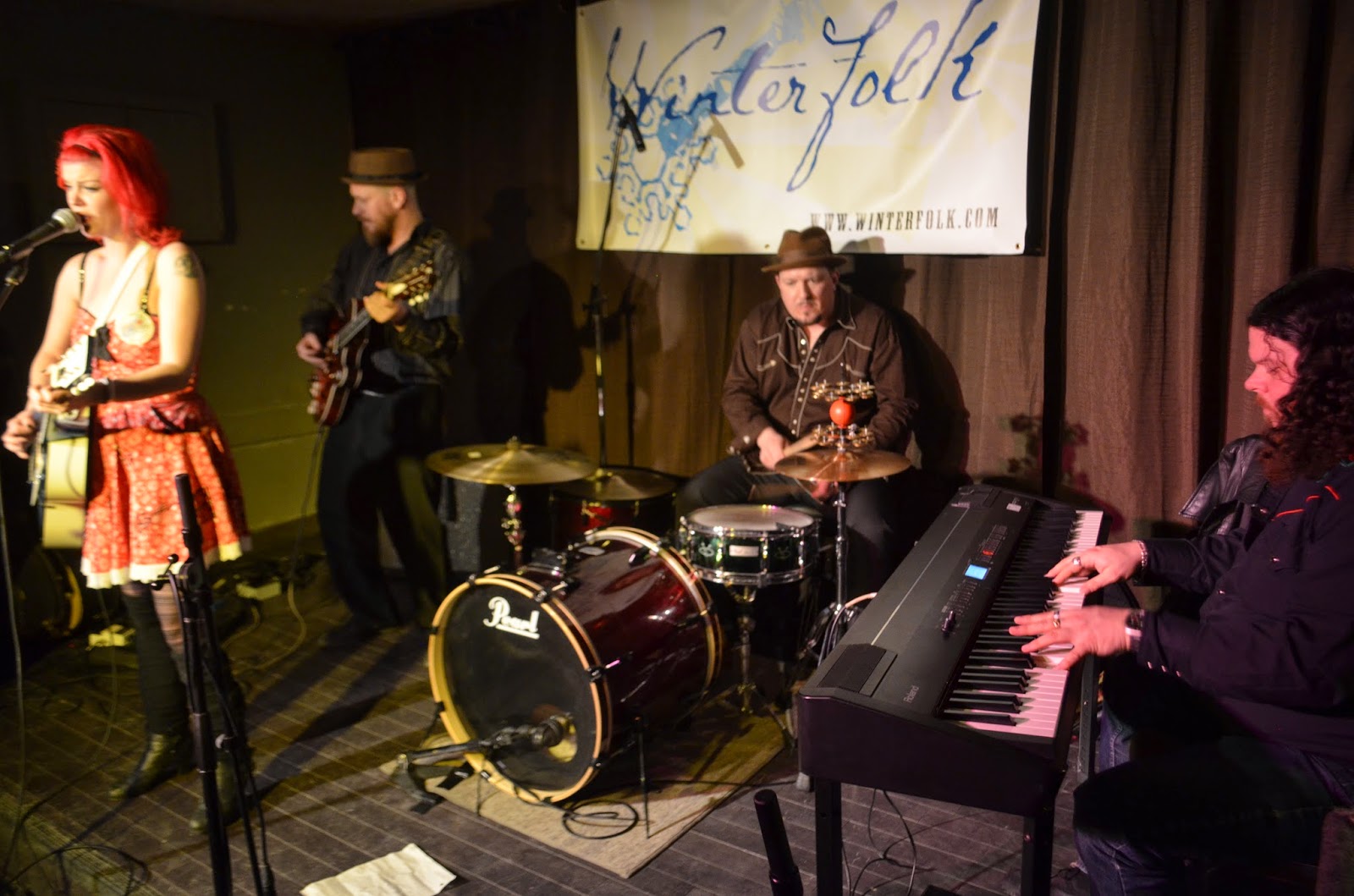 When it comes to stout music scenes, the city of Hamilton ,Ontario takes a back seat to no one .Hell it  has always been one of the top towns when it comes to Canuck rock n roll. Seriously the word is that if a band can breakout of the Hammer you  can damn well bet they're good. Case in point Ginger St. James & The Grinders  and these kats have been making major waves for a few years now. More than a few  people considered them a  rockabilly band  but really that's not even the half of it.Sure they have a big billy influence but they are also equally blues and country based. So far the band has dropped  the mini album "Spank, Sparkle & Growl" and the ep "TEASE" both of which are strong outings that show that this is one band to be reckoned with .All  which brings us to the band's latest offering, the smooth and kool " Diesel and Peas". This puppy cashes in with an intro, 5 new tracks and 5 that have appeared before.This is a strong and consistent album  that glides in and out of rockabilly, country and the blues with ease. Highlights include: "Please Mr. Driver","Furious", "Zipper" and "Beer Bottle Pockets".
There is a lot to like on  "Diesel and Peas" and that's partly due to the fact that Ginger St. James is a mighty fine singer  but  also The Grinders are just as fine and equal here .What we have here is a band firing on all pistons and the result is a fresh and vibrant album that pretty well everyone can dig. Recommended! http://www.gingerstjames.com/   https://www.facebook.com/MsGingerStJames
Posted by Slams Reviews 2 at 21:28