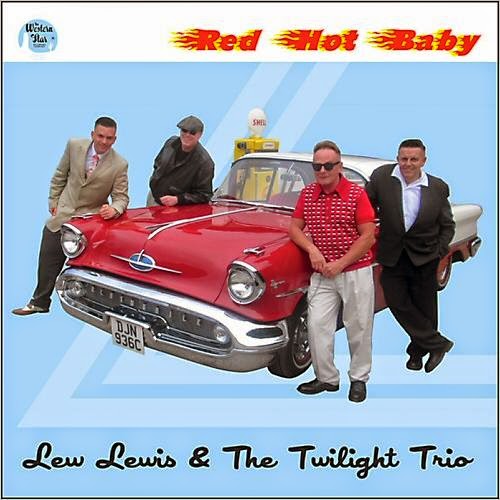 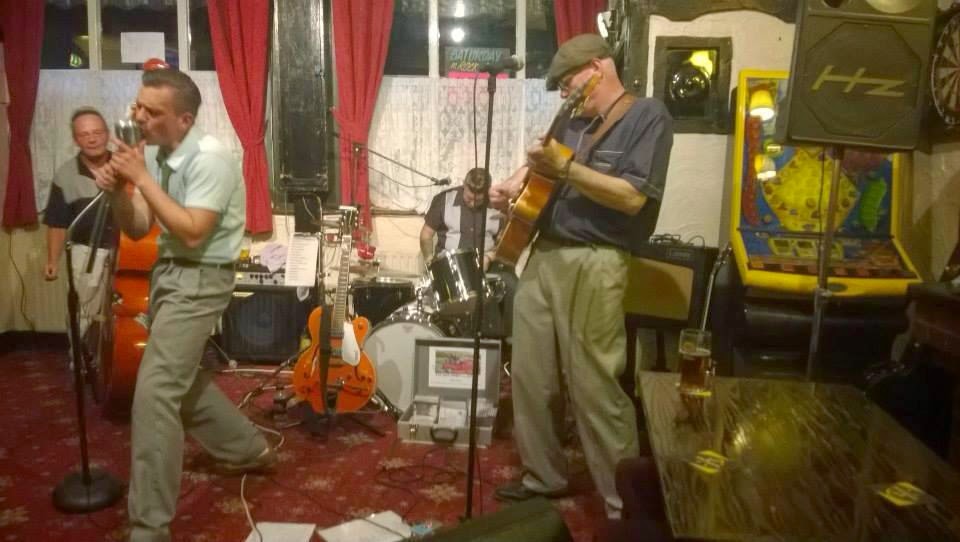 Since forming only a couple of years ago (late 2012)  Lew Lewis and The Twilight Trio have done a  solid job getting their name out there.First they quickly put out a demo cd,played a whack of gigs ,developed a good rep  and then went to Western Star Studios to work on their debut album.One thing you have to know about these guys is that there is some serious pedigree(Jack Rabbit Slim  and Rocket 88) here and that sure isn't going to hurt .The band's debut album  "Red Hot Baby" has hit the streets and it's one smokin' fine disc that is hard to resist.This puppy sways back and fourth from rockabilly to the blues and comes off as a kool rock n roll  album.There is an underlining vibe here that you just can't shake.Highlights include: " Stroll Earthquake","Crazy Little Mama","Fool Around" and "How Could You Be So Mean".
Red Hot Baby should and will appeal to way more than just the billy crowd.Hell I've already  heard  and read some blues aficionados are digging it .This is one album that more than covers the bases and it's damn good too boot.Recommended!   https://www.facebook.com/LewLewisAndTheTwilightTrio?ref=profile
Posted by Slams Reviews 2 at 13:00