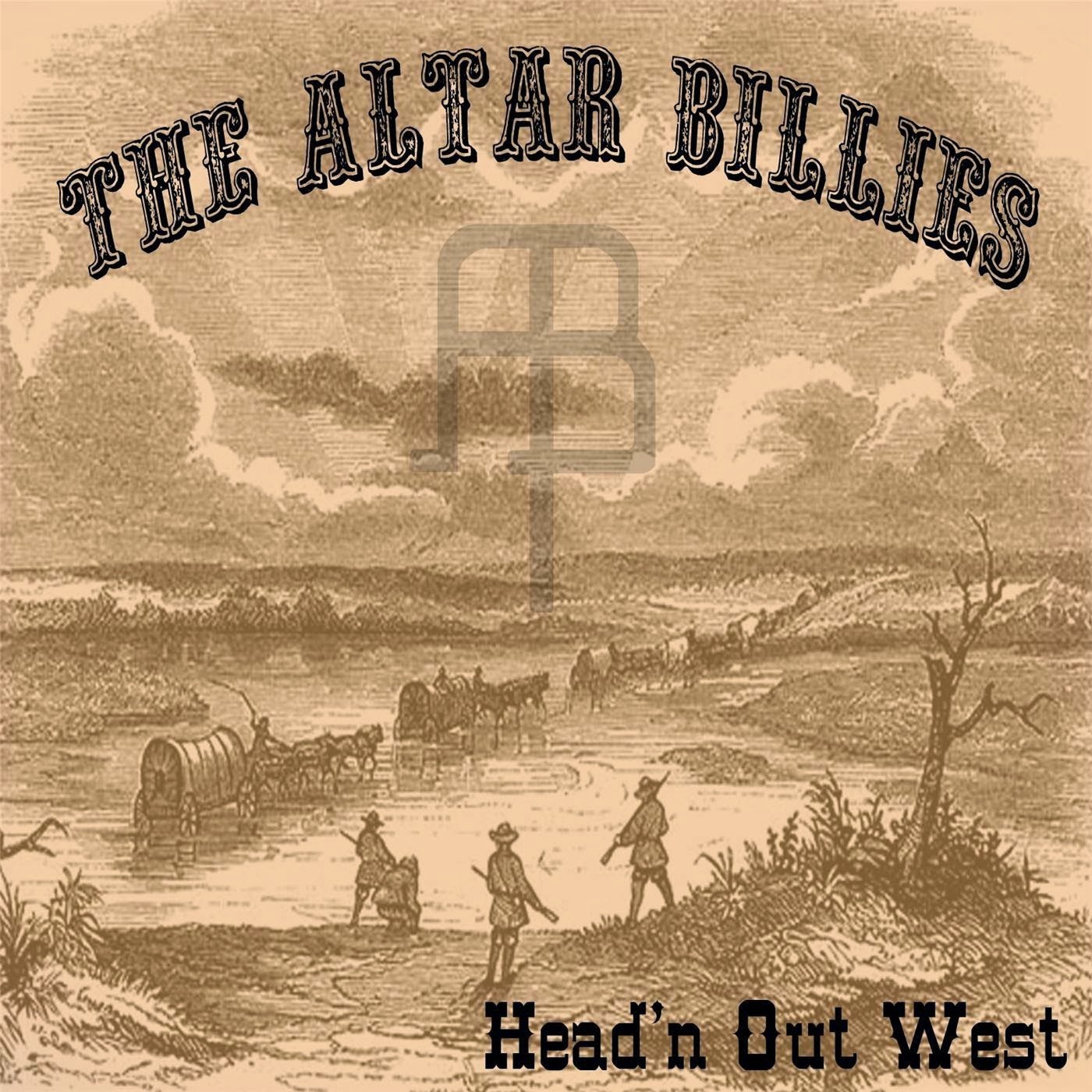 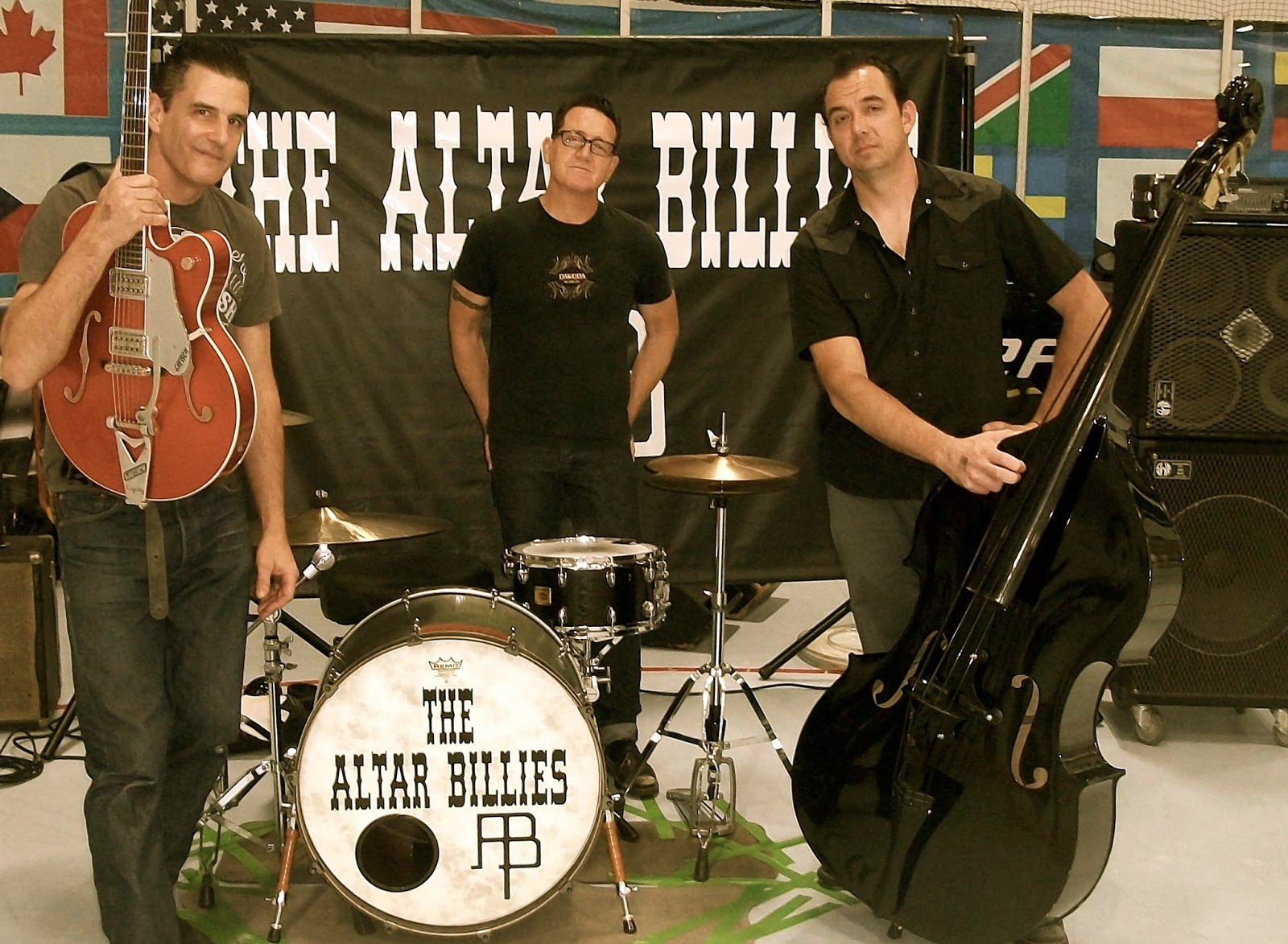 The Altar Billies  to say the least are one interesting band.These kats have been kicking around Orange County,California  now for about 7 years and despite been one of the better West Coast bands they kinda remain a secret. What they play isn't your typical rockabilly it's like a hot stew of rockabilly and roots with splashes of country ,punk, Americana, hillbilly, gospel and  at times they come off like cow punk.That said they are truly a unique rockabilly band .The band's output consist of a self-tilted  album in 2012 and a handful of singles.All of which are top shelf by the way. So now in 2014 the band has dropped their sophomore album "Head'n Out West" and this puppy is a diffident head turner .Clocking in with 15 tracks(9 of which are new and the rest have appeared before as singles and or videos) that make for one strong and kool rockabilly/roots mash up . The Altar Billies have never been afraid of mixing things up  and that's part of their strength .Highlights include : "Standing On the Rock","Is It Me?","Head'n Out West" and the stellar "I'm Still Stand'n".
There is a lot to like here and "Head'n Out West"  should and will appeal to way more than the billy crowd.It's strong, fresh,up lifting and just straight up good.Recommended   https://www.facebook.com/altarbillies/timeline    http://www.reverbnation.com/altarbillies
Posted by Slams Reviews 2 at 22:00