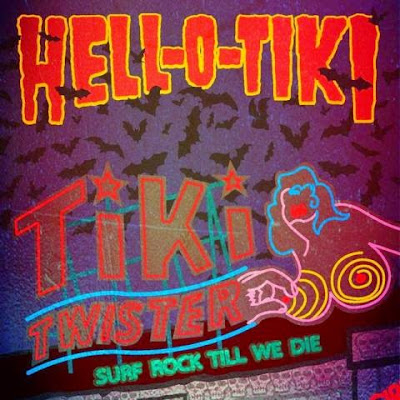 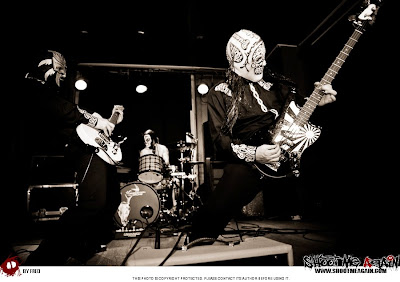 Belgium Surf bashers  may not be known to many fans of surf music but to those who are in the know, this is one surf band that totally kicks butt.Since 2009 they have developed a rep as a straight out killer band.From over the top shows to a couple of  damn good ep's and also a very good debut album ,"Attack of Lady Octopussy". This is a surf punk band that"s not afraid to mix it up.All which brings us to the band's  sophomore  offering  "Tiki Twister" and let's just say this puppy has a ton of bite.Washing up on shore with 10 tracks that range from smash mouth, surf punk ,garage fueled surf to even  traditional. Hell-O-Tiki aren't pulling any punches here and as a result this pretty potent surf rock .Highlights include: " 47... Why 47?', " Golden Decade", " Psycho-Frakulator" and "Moskito Rangers"

Hell-O-Tiki really nail it here,this is loud,proud surf that is in your face one moment then relaxes  you the next. Tiki Twister is a kool ride by a surf band you should diffidently check out. Recommended !  https://www.facebook.com/pages/Hell-o-tiki/251932368188022?sk=info&tab=page_info  http://www.reverbnation.com/hellotiki
Posted by Slams Reviews 2 at 13:37