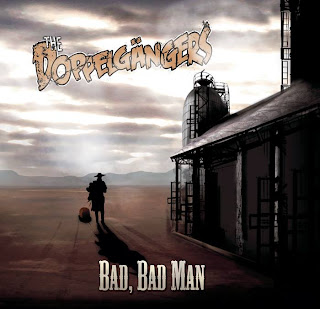 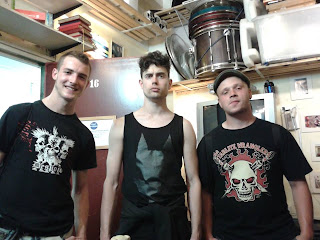 The  Doppelgangers formerly  Dick Dynamite and the Doppelgängers have been at it since 2005  and have a rep as a killer live band.Despite a few line up changes and a move half way around the world, these psychos have managed to put out a couple of fine eps,some singles and one album.With that and some really good word of mouth they have developed a fair size following and deservedly so.   This is one psychobilly band that isn't afraid to mix things up,these guys can knock you up the side of your head one minute then make you laugh the next.That said the band's second album  "Bad Bad Man" is a total blast coming in with 12 pretty damn good tracks of  psychobilly madness.Ranging from old school to spaghetti /western this puppy certainly rocks.As like in the past the band also injects some humor through out the proceedings.Highlights include:" Stuck On You" ,"Little Green Man", "Plutonic Chronic", and "Drag Me To hell". Right from the get go to the last track this is the strongest, the most enjoyable and the best release so far by The Doppelgängers. You may want to check this puppy out.Recommended   https://www.facebook.com/dickdynamiteandthedoppelgangers    http://www.reverbnation.com/dickdynamiteandthedoppelgangers