Basementones - Let There Be Noise 2013 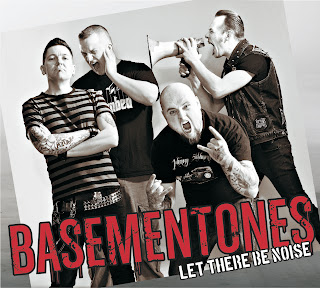 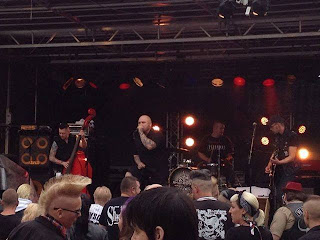 One of the biggest surprises to come out of the Finnish rock scene in the last couple of years  has to be the Basementones.Kinda what adds to the surprise is that these kats are basically a psychobilly band .Last year the band released the stellar ep "Gambler"and it really did catch  more than a few people off guard.Playing a brand of psychobilly that fuses hard rock and punk into a punk n roll sound that has helped  the Basementones attract fans from outside the norm for a "billy inspired band".  With the release of "Let There Be Noise"(their debut album) the onslaught continues, this puppy kicks butt with 12 very solid tracks. The album is anchored by 3 songs from the ep  and the rest of the songs are just as good or better.Highlights include"Tunica Molesta","Slaughterhouse Boogie","Freak Show" and "Sharp Dressed Men"
There is also one cover and it's of Type-O-Negative's  "I Do not Wanna Be Me" included in the mix.The Basementones nail it here and that makes it a damn fine follow up to the "Gambler" ep. Not bad for a self declared Punk'n Roll band.Recommended   https://www.facebook.com/Basementones    http://www.reverbnation.com/basementones