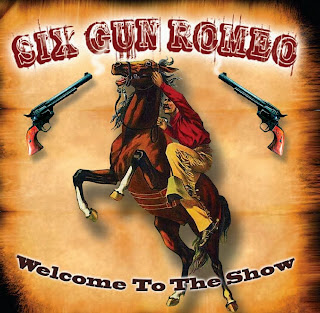 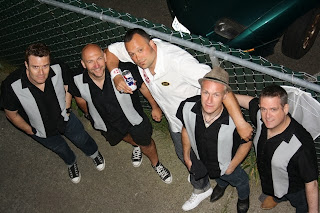 Vancouver's Six Gun Romeo are one of those bands that are kinda like a kool secret. In my neck of the woods  their name usually draws blank stares  but the few that know of the band smile and tell you how good they are. For example: 4/5th of the band are the Los Caminos a killer surf band (with 3 very good albums by the way),that should tell you something.Anyway  Six Gun Romeo are known for their  high energy rockabilly.Truth be told this is a band that sits firmly on the corner of rockabilly and rock n roll.In 2010 the band released the  impressive "Hoodshaker" (their debut album) and anybody who heard it  was hooked .Now 3 years later the band has released the follow up  and man it was diffidently worth the wait. 'Welcome To The Show" rocks and bops in with 12 fun and very infectious original tracks to cure your ills. This puppy is a little more  rock n roll than  rockabilly and also has splashes of the blues .Highlights include: "Let's Go","El Camino","The Good Samaritan" and "Hotrod's & Ponytails". Six Gun Romeo  have upped their game here and as a result  "Welcome To The Show" is a damn fine album.Hell you know it's good when it leaves you wanting more.Recommended  https://www.facebook.com/sixgunromeo   http://www.reverbnation.com/sixgunromeo