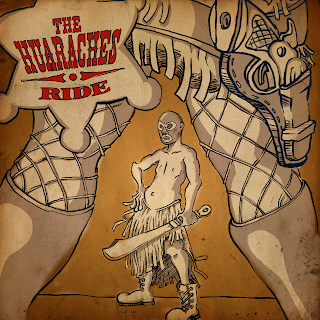 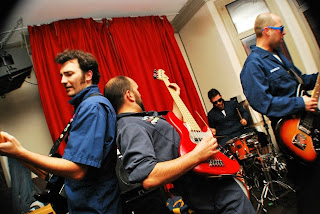 When I first picked up this baby I thought kool cover by a band named after some Mexican flat bread  and my interest was captured .To my surprise The Huaraches hail from Kingston, Ontario a town that has a pretty good music scene but is known more  for some other things that I won't get into.Anyway these kats are a pretty kool surf band that have a rep for been a killer live band.The band's debut album "Ride" comes in with 13 original and strong tracks that will please any one who loves surf . This is a well balanced album that ranges from traditional surf to spaghetti to mainly surf punk.With only one track here over 3 minutes this puppy moves and has plenty of muscle to pull you in even if you're not a fan of surf. Highlights include: "Jaywalk, Don't Run", "A Fast One","Pole Nectar" and "A Nerd in Tunisia". The Huaraches recorded "Ride" live off the floor as they say and the result is pretty damn good .This is one Canadian surf band to keep an eye on .Recommended! https://www.facebook.com/thehuaraches?fref=ts    http://www.reverbnation.com/thehuaraches