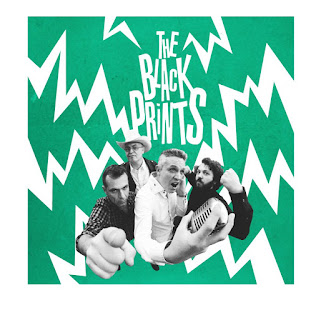 French band The Black Prints claim that their goal is to play rock n roll and do it well.These kats certainly do that and the word is that over the last couple of years they  have become must see band in France.Having a couple of members from the legendary Dixie Stompers certainly doesn't hurt either.In 2012 they managed to score a song on the compilation: Rockers Kulture: The French Rockabilly Scene #3.Which brings us to their fine debut album "The Black Prints". Coming in with 10 tracks that stand firmly at the corner of rock n roll and rockabilly.Have to say this is one solid album that really nails it.Highlights include: "Go Back", "Two Tone Shoes","My Chick's Punky Doll" and "There's Rock n Roll On The Radio". One could easily get the feeling that this self titled disc will reach a large audience over time.It's not only good,it's also very likeable.So you should check it out.Recommended  https://www.facebook.com/theblackprints?fref=ts   http://www.the-black-prints.com/    pay what you want download  http://theblackprintsrocks.bandcamp.com/