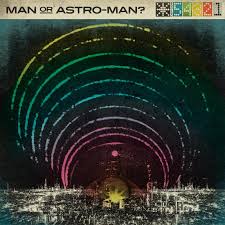 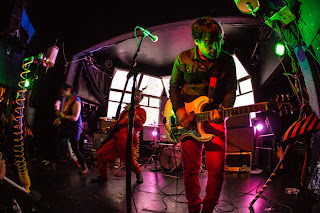 Space surfers Man or Astro-man?  have decided it was time to climb back out of the missile silo and they are dragging the cold war back up with them.It's been over 12 years since the band released an album.From1993 to 2001 this was truly one of the hardest working bands out there putting out at least 10 albums and a ton of singles and eps.Oh and by the way hugely  influential .So now they're back with  "Defcon 5..4..3..2..1"and this puppy lands with the force of a titan missile.This is heavier, louder and more noisier than anything they have done in the past.Yet it still is full on with the sci-fi/space arc and you just know you are listening to Man or Astro-man?. Clocking in at around 36 minutes with 12 tracks of surf,noise, experimental rock,more surf and get this 5 tracks with vocals.The high number of vocal tracks may throw some fans for a loop, but they really add to the strength of the album.This is one tight, powerful and menacing disc.  Hightlights include :"All Systems to Go", " Communication Breakdown Pt. II", "Defcon 3" and "Antimatter Man". Defcon  is definitely one of MOAM's better albums and just for that reason alone it's worth picking up.Recommended   http://astroman.com/  https://www.facebook.com/pages/MAN-OR-ASTRO-MAN-Official-Page/290477140142