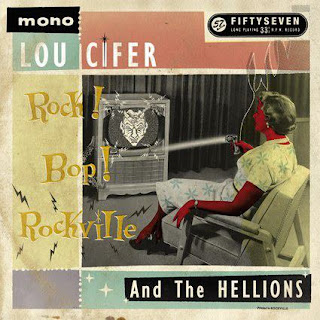 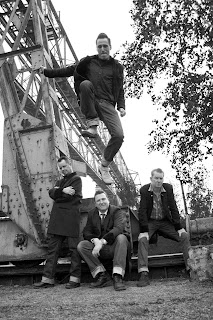 If you haven't  heard  of Lou Cifer And The Hellions you really are missing out on something damn good.These German teddyboy rockers have been tearing it up and knocking them dead over in Europe since 1995. Too many out there they are the kings of Teddyboy rock n roll and too others they are just a killer rock n roll band.The band last released an album( Rockville Nocturne) in 2008, so you could say " Rock! Bop! Rockville! ", the bands 5th album has been long over due.No surprises here,this is one killer disc that clocks in with 17 kool tracks that will light a fire under anyone's ass.Hightlights include: "I Can't Help It", "Time Bomb", "Fake Plastic Rock'n'Roll" and "Cut My Heart Out". Really there are no weak tunes  here,this is one really strong album and you don't have to be into  teddyboy rock to like this.Let's just say if you love rock n roll,your going to love this puppy.Lou Cifer And The Hellions are a band you should have in your collection  and  Rock! Bop! Rockville! is a mighty fine starting point if you don't. Highly recommended  http://www.loucifer.de/    https://www.facebook.com/louciferandthehellions
Posted by Slams Reviews 2 at 12:17