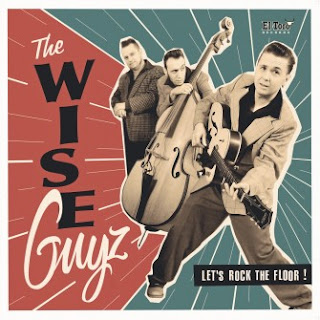 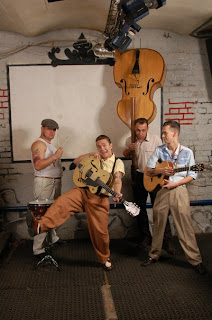 Hard to believe that The Wise Guyz have been around in one form or another since 1999.In 2007 these Ukrainian kats  changed up their style,became more of a rockabilly band  and now are considered by many to be one of the best rockabilly bands on the planet.What separates them from the rest of the pack is their ability to flow from rockabilly to western swing to jump blues to rock n roll and still manage to sound like the real deal. But make no mistake this is a rockabilly band.With their  5th release "Lets Rock The Floor" the band manages to stay the course and still sound  as fresh  as ever. Clocking in with  a collection of 14 tracks that may be their best yet.Highlights include "Baby Let Me Rock", "Time Is Really Gone", "What's Wrong With Me" and "Lets Rock The Floor". Personally I've never really been a big fan of The Wise Guyz  but this album is pretty impressive   and by a band that is on top of their game.Recommended  https://www.facebook.com/wiseguyzrockabillycats  https://www.facebook.com/pages/WiseGuyz/209066085796757
Posted by Slams Reviews 2 at 08:57