Maibell and The Misfires - Destiny 2013 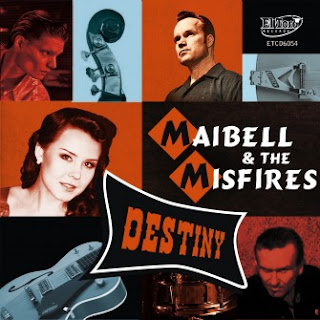 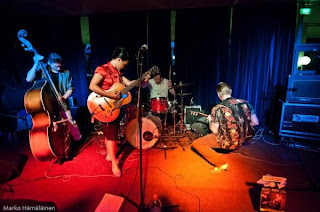 Since forming in late 2008 Maibell and The Misfires  have become  one of Finland's  most talked about rockabilly groups. The bands debut album "Ride Along "(2010) was a really solid release that had many championing the band .For some the bands music was great modern rockabilly for others it was poppy and too slick. No matter what your take was or is Maibell and The Misfires  are a pretty damn good band.So now the band is back with "Destiny" and I have to say it's not only a fine follow-up to their debut but it is also better.Coming in with 13 original tracks of billy bliss that is infused with some rock n roll and tinges of pop  .This is a band that transverses the line between  a roughness one moment to a slickness the next  and you gotta respect that.Highlights include "Keep Movin' ", "Destiny", "Killing Love" and "Thinking Of You". Maibell and The Misfires may not blow you away but  they sure know how to put you in a groove and they sound great. Recommended!   http://koti.mbnet.fi/hi-flyer/misfires/  https://www.facebook.com/maibellandthemisfires
Posted by Slams Reviews 2 at 12:47