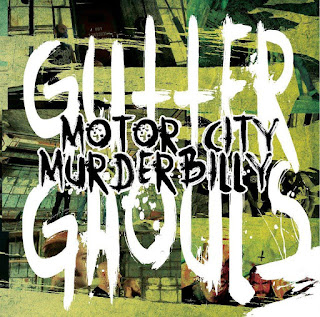 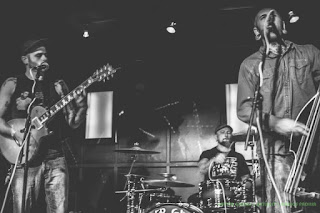 The Gutter Ghouls are the latest buzz band out of Detroit and that's saying something when you consider that they are a punkabilly/psychobilly band.This is one hard working outfit  that has a rep for been a killer live act.As a result the band has garnered some great press and has developed a pretty decent following all in  just over a years time.So now the release of  "Motorcity Murderbilly"(great name) their debut and the band lives up to the buzz.This puppy clocks in with 8 blistering tracks of punkabilly than at times crosses over into psychobilly.I'm talking more punk than psycho here and it's  damn good to boot.Highlights include "Lock N' Load", "The Devils Work" , "Corpse And Bride" and "King Rat". The Gutter Ghouls are more than just a punk band with a upright bass,there's enough here to please  both punks and psychos .This is a band you should check out.https://www.facebook.com/TheGutterGhouls   http://www.reverbnation.com/thegutterghouls
Posted by Slams Reviews 2 at 13:16