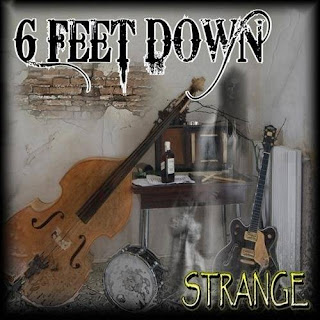 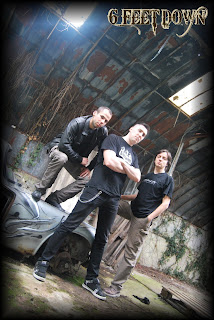 Chances are if someone tells you a band is melodic psychobilly or melodic hard rock ,your seeing big hair and getting the hell  out of there.Well French psychos 6 Feet down  are a psychobilly band that is melodic  and they are also pretty damn good.These kats made some noise a couple years ago with their  solid debut album "One Night In Hell". Now there back with the sophomore  release "Strange" and the band has definitely delivered  the goods. This puppy claws in with 11 tracks of  hard charging psychobilly that yes is melodic at times and has some shades of hard rock.What we get here is a band that isn't afraid to step a little out of the box ,this isn't your typical psychobilly .Highlights include : "Break It Down " Whiskey & Rock", "Wild Rider" and "Never Coming Back"(which has some kool harp).6 Feet Down have a rep as been a killer band  and this album bears that out .Melodic yes but also ass kickin psychobilly .Recommended https://www.facebook.com/6FeetDown  http://www.reverbnation.com/6feetdown
Posted by Slams Reviews 2 at 10:16