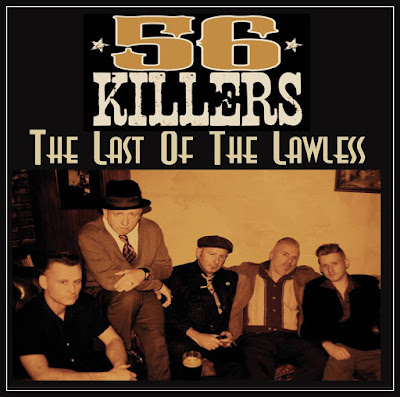 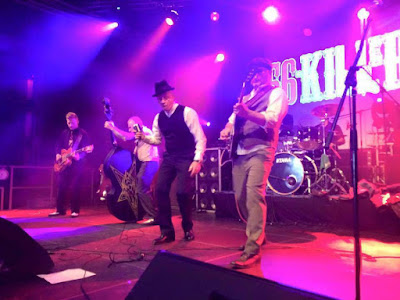 The  56 Killers rock,hell any band that has members of The Caravans will.Since forming in 2011, the band has had a few lineup changes and for the last couple of years it has remained stable and pretty strong.There is a whack of pedigree here folks.Their surefire brand of neorockabilly/r&b is nothing short of hip shaking rock n roll done really well.You what proof just check out their debut album " The Last Of The Outlaws". This puppy confidently struts in with12 tracks that deliver a knock out punch of hard hitting billy/rock n roll. It's tough but not in your face and you gotta like that. Highlights include: " Oh Wot A Shame", "Bullfrog Blues", "Killer Baby Boogie" and a freakin' kool  cover of Dr. Feelgood's "Milk & Alcohol "

Over all  "The Last Of The Outlaws" is one kool blast of rock n roll that guarantees plenty of  repeated listening.Hell even your kids and your dog will think you are kool when you play this,it's that good Highly recommended!! https://www.facebook.com/56Killers/