The Surfaders - A Greater Silence 2015 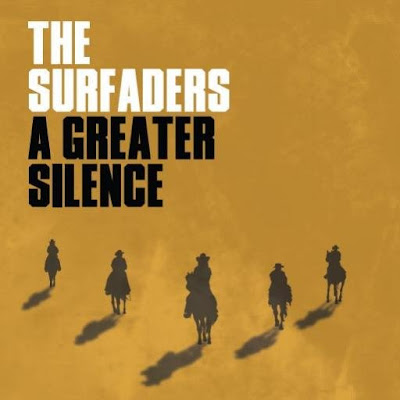 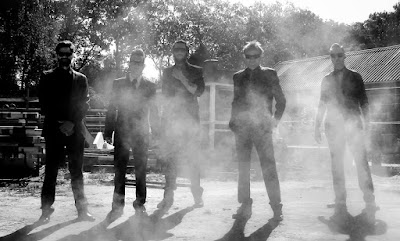 Back in 2012 The Surfaders released the mighty fine " Dragstrip Murder Mystery"and it caught more than a few surf fans off guard.The band found itself firmly planted on the surf map and quickly became one of the  surf bands to watch.Their blend of traditional ,spaghetti,surf noir with a smearing of punk was and is refreshing and kinda kool. Now in 2015 there back ,better and still have a few surprises too boot. The band's sophomore effort  "A Greater Silence"  ups the game and changes direction.This puppy washes ashore with 12 original tunes that cover the usual ground of surf but this time out the band heads more into  spaghetti western territory.Not only that we get vocals and not just on a couple of tracks but 5.The Vocals will throw most but don't let that fool you this is still really good surf. Highlights include: " Sarpha", "Little Johnny from Hangman's Tree", "Dust from the Sun" and the killer " Sharkbait"
The Surfaders aren't a band that's afraid to change it up and push the boundaries .With "A Greater Silence"  they prove that. This is a damn good album that manages to surprise, challenge you and leaves you wondering where  The Surfaders go next. Recommended!!
https://www.facebook.com/The-Surfaders-130448023699216/?fref=ts     http://surfaders.nl/
Posted by Slams Reviews 2 at 14:00