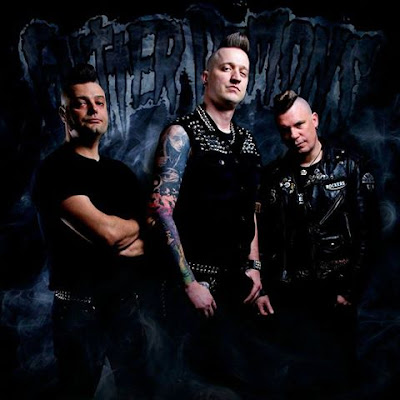 The Gutter Demons take a back seat to no one.After-all  from 2001 to 2008 these kats were the Kings of Canadian Psychobilly as well as one of the better psychobilly bands on the planet. Hell you can hear their influence on dozens of young bands from around the planet.It was big news when they broke up and even bigger news when it was announced back in 2014 that they were returning.As with most comebacks ,people wanted to know about an album.Well the comeback album is now here and "Unfinished Business" is one killer effort.Crashing in hard with10 originals and 1 cover of psychobilly madness.This hard,mean,fast and dark but then again that's just what you would expect. It's like they never left.Highlights include: "Invaders", " Gutter Kings" "Blood Feast" and "Hellride"
If anything  the Gutter Demons are on top of their game here with "Unfinished Business". They sound damn  hungry and ready to fight.But be aware this is a knock out punch. Highly Recommended!!
https://www.facebook.com/thegutterdemons/?fref=ts   http://www.thegutterdemons.com/
Posted by Slams Reviews 2 at 13:38