King Moroi - Hardly Better Than Nothing 2015 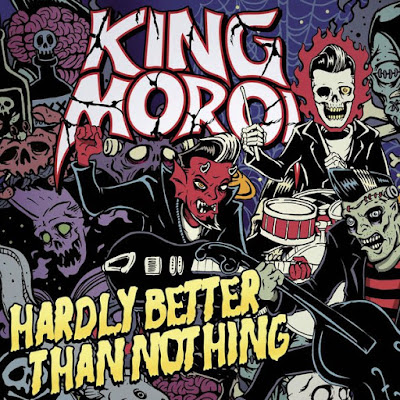 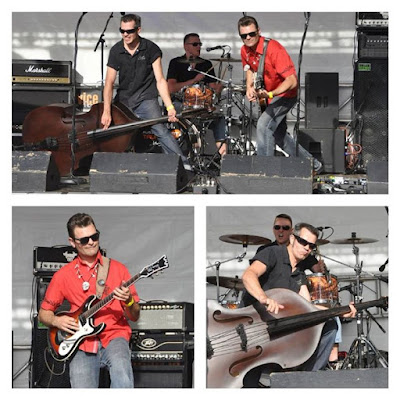 Formed in 2012 German psychos King Moroi have managed to create some buzz.Their brand of rockin' and  at times punkafied  psychobilly has gained the band a solid following and strong word of mouth.Hell I was told over a year ago to watch out for these kats.That said the band's  debut album "Hardly Better Than Nothing" is now out and it's one freakin' rockin' effort than aims to please.Clocking in with 11 originals and 2 covers of kool and at times hard hitting psychobilly. You could say this modern psychobilly that has the right amount of punk and rockabilly.These kats push the metal to the floor but they also know it doesn't hurt  to slow it up a tad . As a result this puppy more than backs up it's bark.Highlights include: "Switchside",
" Crying Dying Man", "Spy Tank" and "Staying Bad".

King Moroi definitely live up to the buzz about them and "Hardly Better Than Nothing" is one of the better debuts this year.This is a really strong, well balanced and rockin' album you should check out.Recommended.
https://www.facebook.com/KingMoroi/timeline    http://www.kingmoroi.de/