The Hellbound Hepcats - Turn Me Inside Out 2015 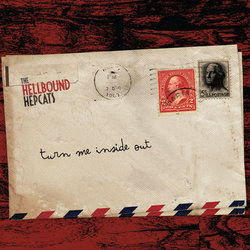 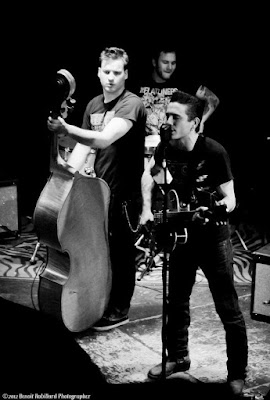 With  a whack of talent and a ton of  hard work The Hellbound Hepcats have over the years emerged as one of Canada's better bands.Sure they are a rockabilly band but to many people they are just a killer rock n roll band and that's not a bad thing.The band's self- titled debut  and their sophomore album, No. 2  are pretty damn good  and well worth checking out.That said, these kats have been constantly touring and as a result it's been over 3 years since their last release(2012). Well the wait is over and the band's third album, "Turn Me Inside Out"  has now dropped and this is a surprising disc.This puppy comes punching in hard and at times dirty with 13 originals tracks. Talk about changing things up ,not only do we get the rockabilly but we also get, dare I say  classic/ hard rock  a little grunge and more.You could say this is a kool bag of goodies. Highlights include: "All Night Long", "Sweet Amber Jean", "Something Different" and "Black Cats"
The Hellbound Hepcats  have step it up  delivered more than what would be excepted with "Turn Me Inside Out". This is a surprising and refreshing album that pushes outside of the genre box and is pretty good to boot.  Recommended   https://www.facebook.com/hellboundhepcats/timeline
http://www.hellboundhepcats.com/Hellbound_Hepcats/Home.html
Posted by Slams Reviews 2 at 10:17