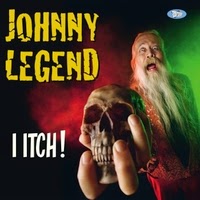 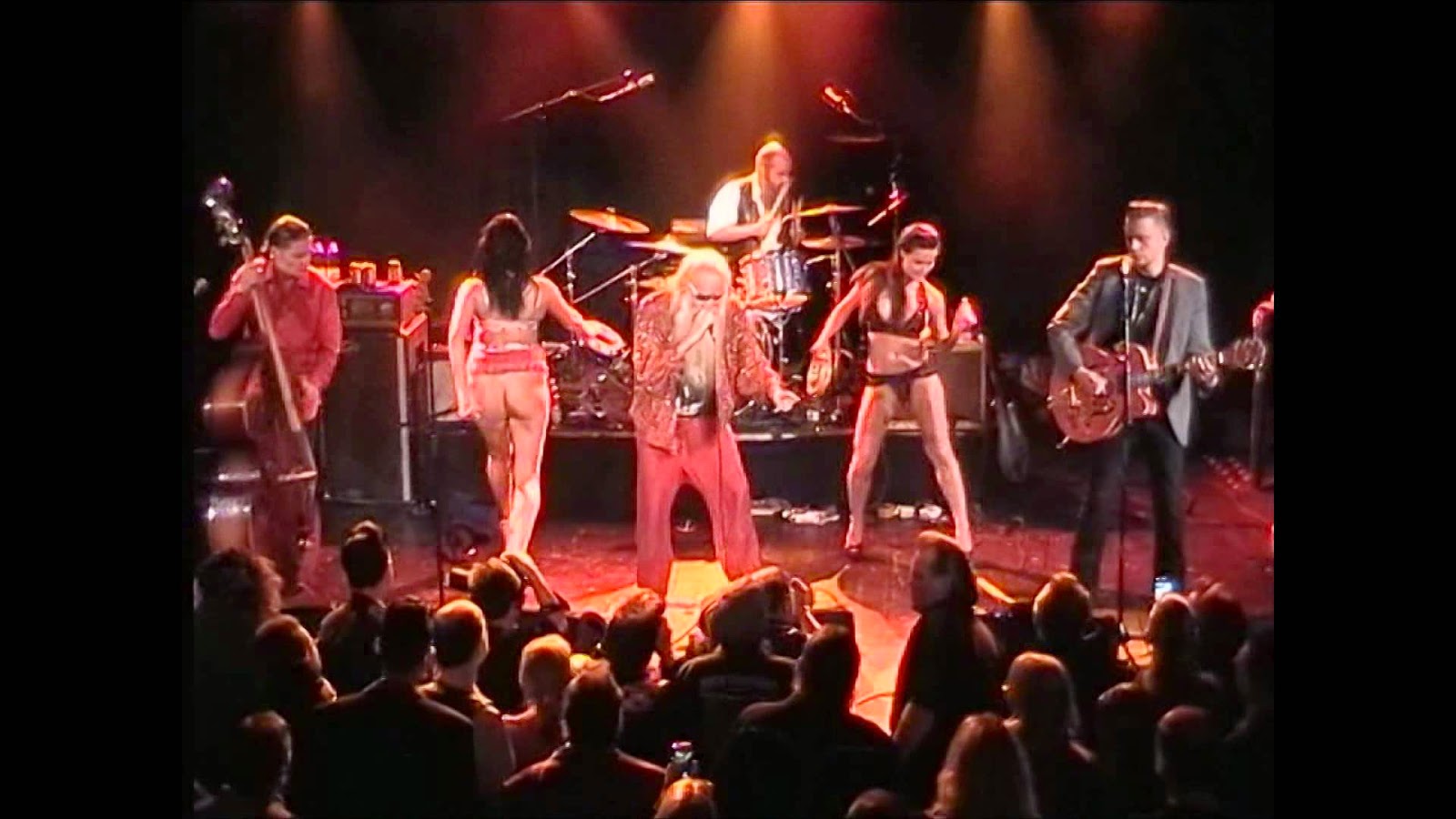 Johnny Legend also known as  the "Rockabilly Rasputin" is also a man that truly is a legend . You could say he's a modern-day Renaissance man ,hell the guy's done it all from trash film historian, wrestling manager to promoter,actor and producer .He was the man behind Rhino's Sleazemania and Teenage Theater  video series. Too boot he's also a card carrying  inductee of the Rockabilly Hall Of Fame and most people haven't a clue about him.That's right he's a rockabilly guy and has a few albums out and a fan base around the world .His last album is the kool  "Bitchin'",released in 1998 but he has continued to perform over the years.
Fans rightfully got excited in early 2013 when word got out that Mr. Legend was flying over to Finland to record a new album.While the long time coming disc is now out  and it's pretty solid .Simply titled "I Itch" and hits us with a kool mix of originals and covers ( 12 tracks in total). If your a fan of  Johnny Legend this is just what you would expect : rockabilly/rock n roll  with a sense of humor and maybe depending on your view a little offbeat. Highlights include: " I'd Rather Be a Bum"," I'm Loaded","Mexican Love" and the stellar " I Itch (Like a Sonuvabitch)".
Just like in the past, Legend is backed by a really killer band ; The Fightin' Finnabillies (Sami Roine, Mika Railo, "Jami" Haapanen ,Miki Lamarr  and Boppin' Pete) and these cats really nail it here.Sure " I Itch"  may not be everyone's cup of tea but  if it's yours you'll love it.If it isn't  you may want to take a chance here cause this puppy is surprisingly good and has more than enough bark to grab your attention. Recommended !    https://www.facebook.com/bluelightrecords     https://www.facebook.com/pages/Johnny-Legend/109670909052153
Posted by Slams Reviews 2 at 23:35