The Tiki Creeps - Invaders from Beyond the Sound of Surf 2014 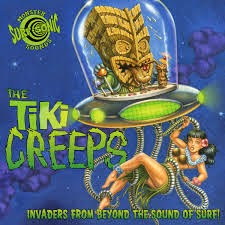 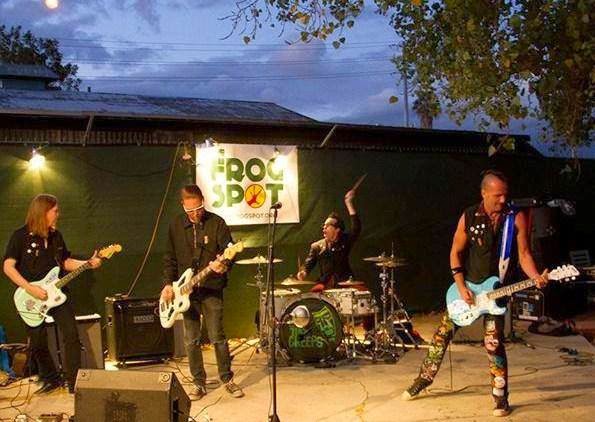 Since 2012 Los  Angeles based The Tiki Creeps  have been laying down some killer surf music,they like to describe their  brand of surf as "Monstrously Soothing Instrumental Hot Rod Garage Surf Sounds". Well that's really not far off  mark.The band's debut album "Invaders from Beyond the Sound of Surf " is a blast of 7 tracks of surf and these guys aren't afraid to flex some muscle.We get a wide range of surf from traditional to garage to near smash mouth .Throw in some sci-phi, and hot rod sounds   with a surf punk attitude and the results are an explosive cocktail.Highlights include: "The Crawling Terror!","Sea Foam","Green Slime Are Coming" and "Buzz Bomb".

With only 7 tracks  "Invaders from Beyond the Sound of Surf" clocks in around 22 minutes  and leaves you wanting more. That said this is a  fun ride and damn good  too boot. Recommended!  https://www.facebook.com/thetikicreeps/timeline   http://instagram.com/thetikicreeps      http://tikicreeps.bandcamp.com/releases
Posted by Slams Reviews 2 at 13:48