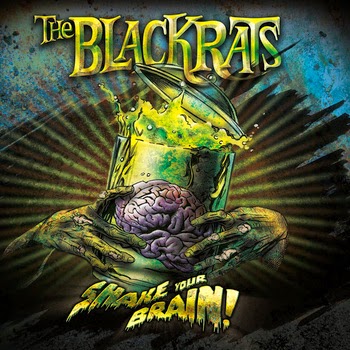 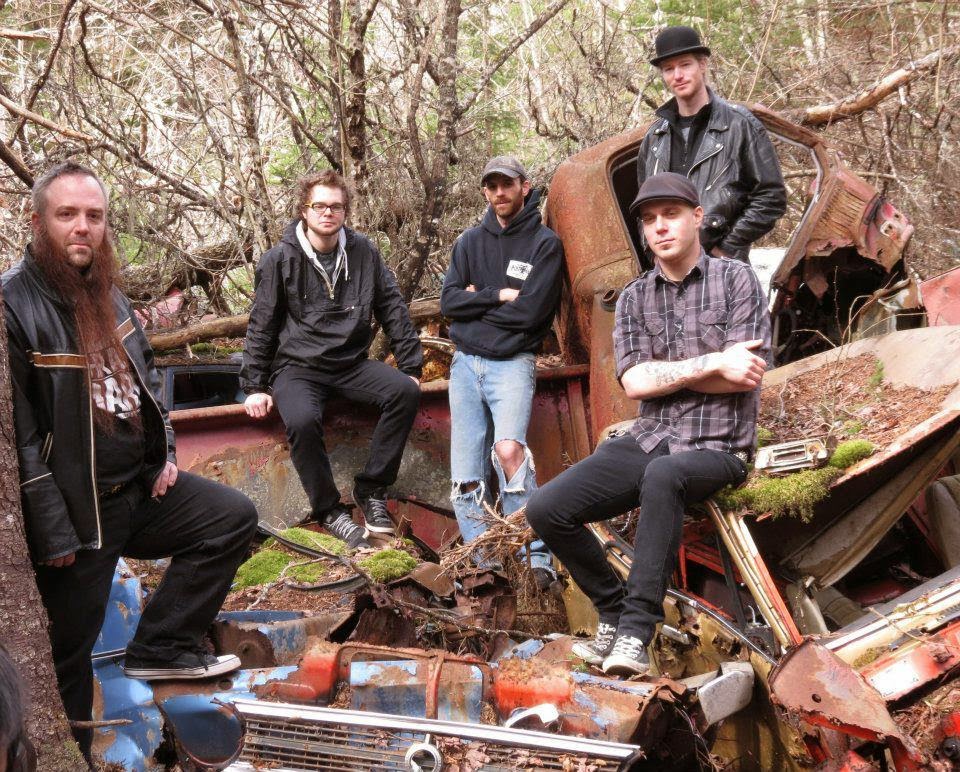 When it comes to Halifax, Nova Scotia 's  Blackrats  the one thing you hear over and over again is that this is one fun band.Hell they maybe a horrorbilly /psychobilly band but they come off like a kool rock n roll band that doesn't take itself too seriously.If you want proof just check out their debut album 2011"s " Horrorbilly For Hire" and the 2013's ep "King Of Monsters". Both  pretty damn good and  thoroughly enjoyable.Recently the band singed with Splatterhouse Wreckords , a move that a few followers of the band found surprising considering their sound. Well the results are now out and "Shake Your Brain" is one very impressive album.We get 13 original  tracks that ooze horrorbilly,psychobilly  to rock n roll  that is pushed along hard  with a ton of killer saxophone.Yes it's more of the same but this more aggressive,bolder and bigger.Let's just say there's more meat on the bone and the result is the band's best effort yet.Highlights include: "They Attack", " Dance Of The Undead"," Goon Squad" and "Shake Your Brain".
The Blackrats aren't your typical horrorbilly band and they shouldn't be locked into that label.This is a band that  keeps getting better and really transcends billy based music."Shake Your Brain" is a killer album that's a breath of fresh air and is a ton of fun.Highly recommended! https://www.facebook.com/theblackratsofficial/timeline  https://twitter.com/Blackratscity http://theblackrats.bandcamp.com/