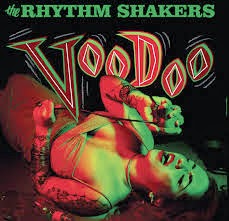 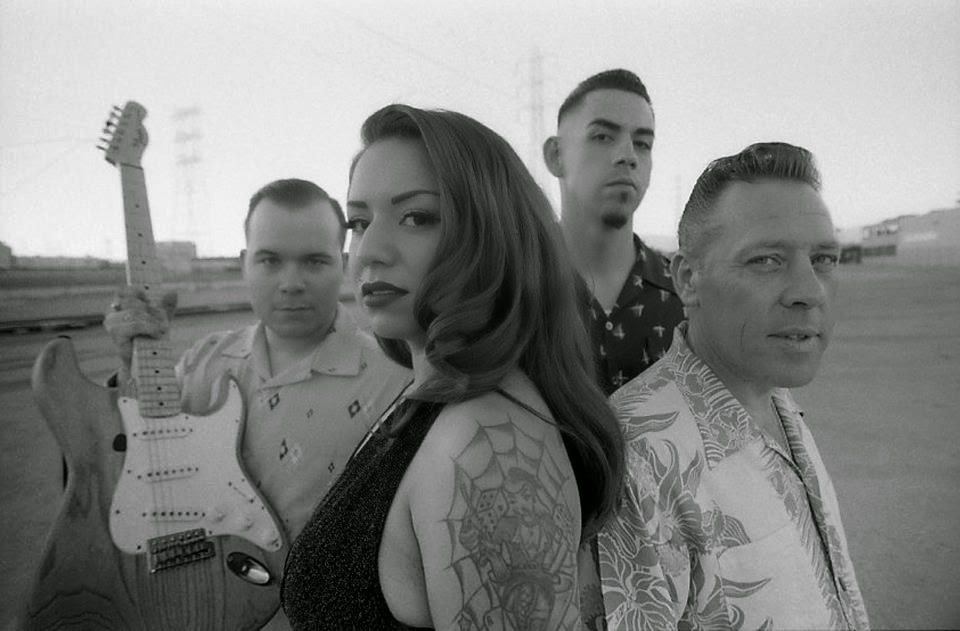 It's kinda hard to believe it's been over 5 years(2009) since  Los Angeles based The Rhythm Shakers released  their killer debut album, “Flipsville”. In 2011 the band followed up their debut with the single"Love Spilled Across The Floor" and then the "Shake Your Hips" single in 2012.  Over time the band's raw and lethal brand of rockabilly/rock n roll has managed to attract a pretty strong  and ever growing fan base. Hell this is a group that has a rep for killing it live and been straight up kool. All which brings us to their new sophomore album "Voodoo" and let's just say this puppy is raw,rough, full of attitude and just damn good! Clocking in with 14 tracks (11 originals) this is serious rock n roll/rockabilly that times oozes the blues. Basically they stick to what they do best but  here they kick it up a  few notches. Highlights include:"Home Wrecker", " Make Me Say", "What If I Said" and " Rather Be Alone".
It may have been a long time coming but " VooDoo" is a stellar album  and well worth the wait. The Rhythm Shakers just keep getting better with every release. Let's  just say it's definitely  one of the better albums to come out this year. Highly recommended !   https://www.facebook.com/TheRhythmShakers/timeline?ref=page_internal