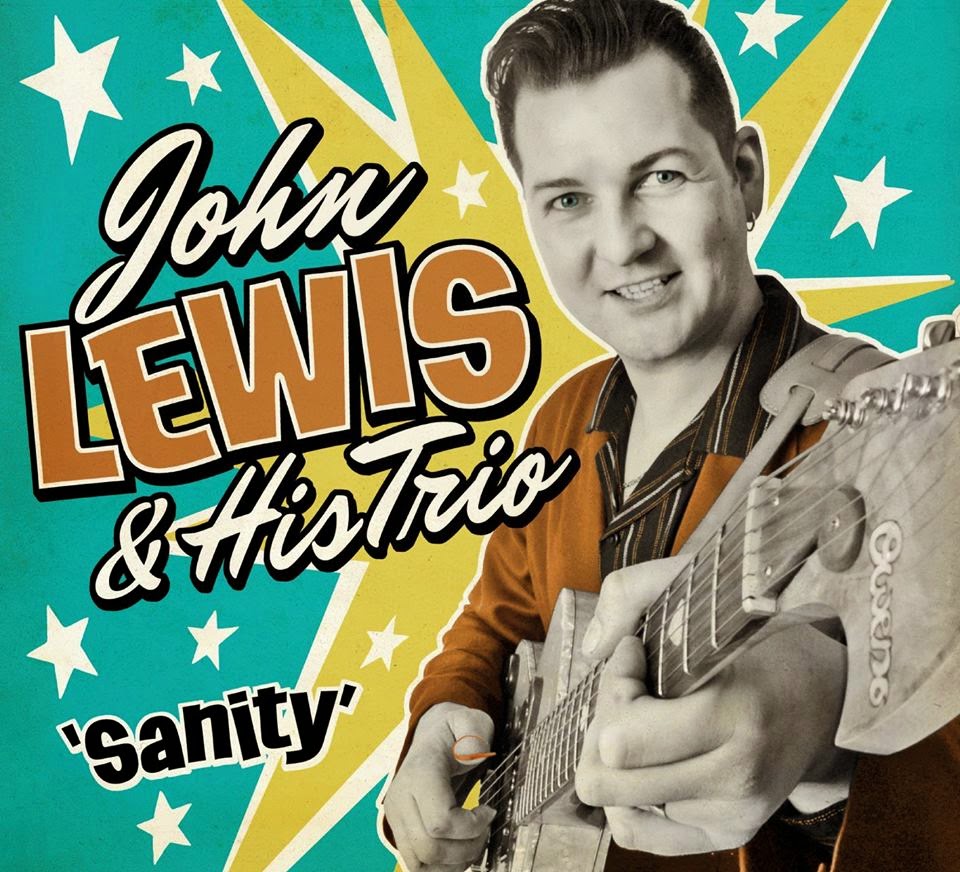 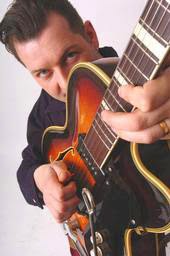 For years now John Lewis has been one of the most consistent and better rockabilly/ rock n roll artist out there.From The Rimshots to Johnny Bach and The Moonshine Boozers to his present day Trio , he has always delivered the goods and you wouldn't be far off the mark to call him a true legend.Saying that, you have to wonder why in the hell over here in North America he is still,basically a best keep secret. Hopefully that will change as John Lewis has 2 albums coming out this year (2014).,an acoustic album  and the one that recently dropped that you need to hear now  "Sanity". This puppy clocks in with 13 tracks  that will  have you up and movin'. From piano driven rockers to rockabilly,straight up rock n roll, to shades of country,a shot of surf and even some DooWop. "Sanity " covers a lot of ground and does it quite well .Highlights include: "It Hurts", " Train Keep a Moving", "She’s Long Gone" and the kool "Flat-Top Cat".

Also of note is the 2 covers here, a Hank Williams Sr. song "Please Don’t Let Me Love You" that comes off as nothing short of  rockabilly-boogie.The other is  "Sosban Fach" a  traditional Welsh song that will diffidently catch your ear.Overall "Sanity" is a very strong and fresh sounding album that kinda has a kool vibe going on and you gotta like that .If you don't know who John Lewis is ,you should and you probably need to go out and get this!  Recommended! http://therealjohnlewis.com/   https://www.facebook.com/pages/The-Real-John-Lewis-Trio-Bach-Rimshot/269832103066318