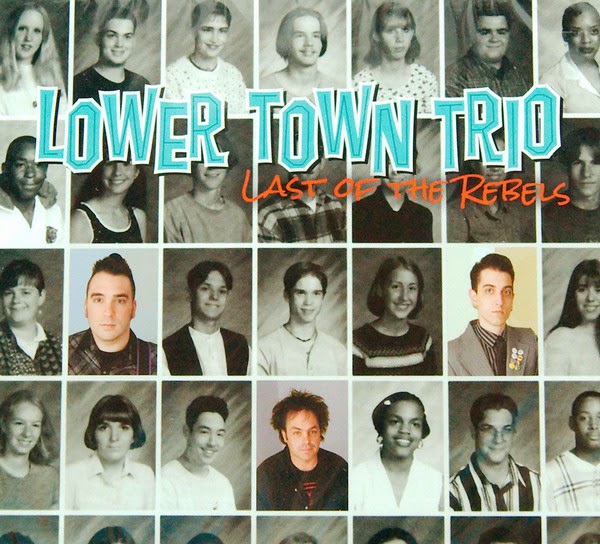 If your looking for some fun "brash rockabilly " the Lower Town Trio are diffidently a band for you.Hailing from the  Lockport , Buffalo area of New York State  these kats have been banging out their brand of billy music since 2007/08 .Over the years the band has developed a solid rep and great word of mouth, hell the word of mouth has even crossed over north of the border, into Canada. Having some pedigree(The Quakes) doesn't hurt either. In  late 2013  the band started working on their debut  and now the results are out in the form of "Last of the Rebels". This puppy lives up to all the buzz about the band ,we get 13 original tracks of fun and high energy rockabilly/psychobilly that are extremely likeable. We get  billy music that drags in punk, new wave  and hell even pop into a kool rock n roll  mix .The album  is chalked full of  strong and catchy tunes.Highlights include : "Elvis On the Radio","Gangster Killed the Rock Star"," Something Strange" and  the title track "Last of the Rebels"
Lower Town Trio is a band that kinda goes their own way and that's a good thing.As a result of that  "Last of the Rebels" is a pretty strong and refreshing album that's really hard to resist.You gotta like that! Recommended  https://www.facebook.com/thelowertowntrio  http://www.reverbnation.com/lowertowntrio  http://www.lowertowntrio.com/Main.htm