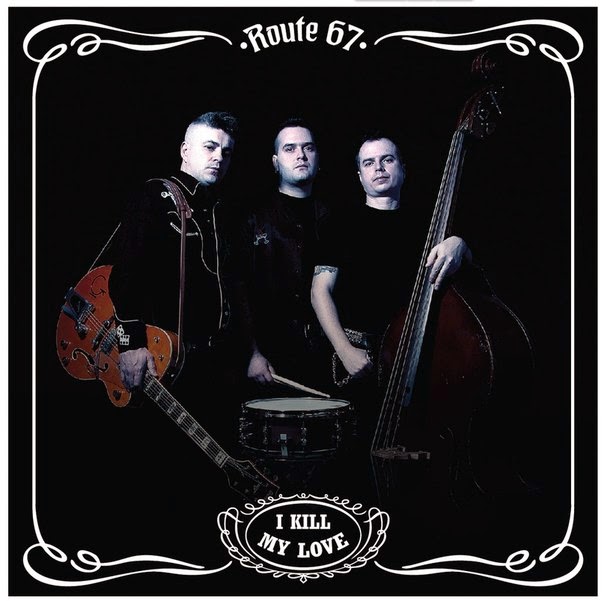 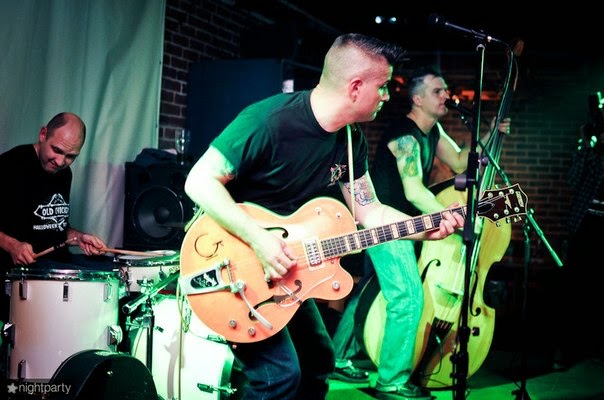 Back in 2012 Route 67 managed to grab the attention of more than a few people with their impressive   debut album  "Sinful Way". They even scored  a decent amount airplay here in North America and deservedly so.Here was a band that sat firmly at the intersection of rockabilly and psychobilly but you just knew that what ever way  they went it would be good. Well the band's sophomore album " I Kill My Love" has dropped and boy it's damn good .Leaning  more  to neo-rockabilly than psychobilly may surprise some fans but it really shouldn't.Clocking in with 12 tracks of billy bliss that are diverse and strong. Highlights include : " Bring The Bottle", "Mummy’s Curse", "She Hates Kids, She Can’t Cook " and the kool " Your Dog Is Crapping On My Lawn" .
Route 67 has definitely upped they're game here and it shows,from the song writing to the actual execution this puppy rocks and holds your attention.This is a band on the move! Recommended!    https://www.facebook.com/pages/ROUTE-67/251897114834699?sk=timeline   http://www.route67.ru/
Posted by Slams Reviews 2 at 11:17