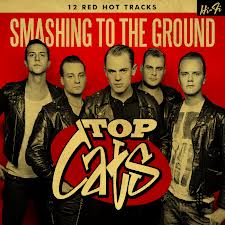 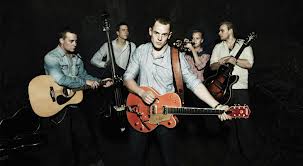 Sweden's Top Cats have been around since 2001 and have been one of the country's hardest working bands.However thier big break came in the Melodifestivalen 2012(Sweden's Euro song contest).The band finished 6th and it propelled their debut album "Heartache" up the charts, not bad for a rockabilly band.With "Smashing To The Ground" (the band's 2nd album) these Cats are upping their game .Clocking in with 12 originals,this is better than "Heartache" but it isn't  really a rockabilly album .This is way more and I mean way more rock n roll than rockabilly.Christ some people  may even say it's mainstream.Highlights include:"Walk On By", "Smashing To The Ground","She's A Devil" and "Black Widow Spider". You have to give it to Top Cats,this is a solid, devise, well written and executed  album.This is  one of those deals that could split their fans but at the same time give them a boat load more.  www.topcats.se/      https://www.facebook.com/TopCatsOfficial?ref=ts&fref=ts
Posted by Slams Reviews 2 at 12:07