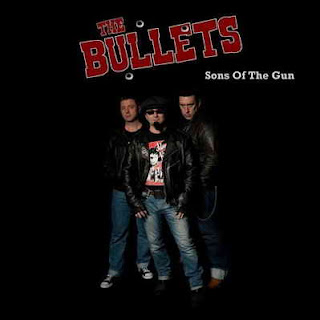 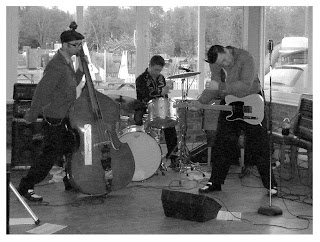 British "hooligan rockers" The Bullets" are one band that many people believe could be the break out rockabilly act of the year.I don't know about that but they are pretty damn good and having your debut album on Western Star  doesn't hurt either.What they play is "wild rockabilly" but it also is modern and I mean that in a good way. Which brings us to the  debut:  "Sons Of The Gun" diffidently lives up to the praise that has been thrown at these kats This puppy rocks in with 14 kool and original tracks that prove this is not your average billy band. You could say this is rockabilly/ rock n roll  that busts out the boogie.Highlights include:"I Don't Wanna","She's So Sleazy,"Son Of A Gun" and the single "Motorhead Shelly".

Email ThisBlogThis!Share to TwitterShare to FacebookShare to Pinterest
Labels: The Bullets - Sons Of The Gun 2013 neo-rockabilly rockabilly England