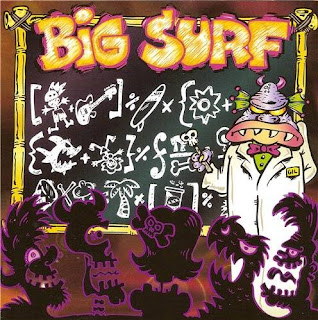 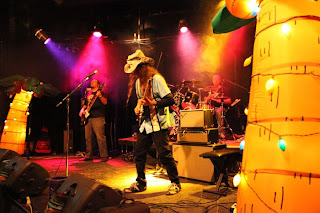 Hailing from that hotbed of surf music Minneapolis, Minnesota  comes the way kool surf band Big Surf.Since 2001 these board riders have been laying down "adventurous surf" in fine tiki style. With a couple of albums under their belt  some  consider them one of America's  better surf bands.  Probability Wave the band's 3rd release  is  an interesting and at times eclectic ride  that is very enjoyable. Riding in with a mix of 14 originals and covers that range from traditional, lounge ,Hawaiian to pure surf rock and the off beat.Highlights include: "Nemesis Nauticus"," Probability Wave","Surfin' Nerd"and a really kool cover of "Green Eyed Lady". That's  right these boys have the balls to cover Sugarloaf  and you gotta love that.Big Surf is a band that has a great rep but for whatever reason the band has yet to gain the exposure they deserve. Probability Wave is one surf album you may want to check out http://bigsurfband.com/ https://www.facebook.com/pages/Big-Surf/105731259490247
Posted by Slams Reviews 2 at 19:03