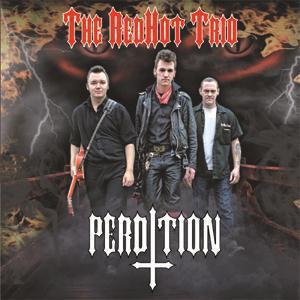 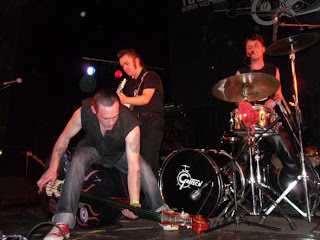 The RedHot Trio are one of those bands that a lot of people expect big things from.This English trio have been at it since 2004 and have a rep for playing "Mature rockabilly" but in the same breath they are often cited  as been young and exciting.Their  debut album "Passport To Hell" was a solid effort but honestly I don't think it separated them from the pack.So now we have the bands sophomore release "Perdition" and  lets just say it's a pretty good deal .We get 15 tracks here that range from straight up rockabilly to country and roots rock.Also the album  kinda has a kool western feel running throughout it .Highlights include:" Devil Women", "Writer's Block","Day By Day" and "Love Me". Perdition isn't going to blow you away,this isn't barn burnin' rockabilly but it is an album that will grow on you if given a chance.It's good and does separate The RedHot Trio from the rest of the pack.https://www.facebook.com/redhottrio  http://www.reverbnation.com/theredhottrio
Posted by Slams Reviews 2 at 20:30