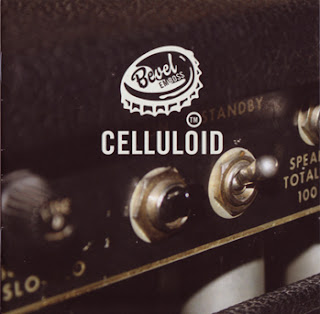 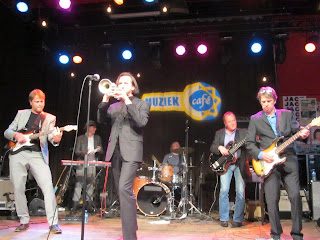 2012 was a big year for surf music with a shitload of releases that were nothing short of  killer .One of the better surf  albums in most  anyone's book has to be "Celluloid" by Bevel Emboss.This new Dutch band laid down 15 original tracks of high end surf .Combining traditional surf, some touches of spy/spaghetti  and  world beat influences  into creating a rich surf stew .Highlights include: "Tarantula", "Facade" , "I Thought She Was There" and the kool "Rumba Nova". At times this is powerful and urgent but it also has a kool sophistication to it.This is one well written and well executed album that sounds great. Recommended http://www.bevelemboss.com/index.html   https://www.facebook.com/BevelEmboss
Posted by Slams Reviews 2 at 17:08