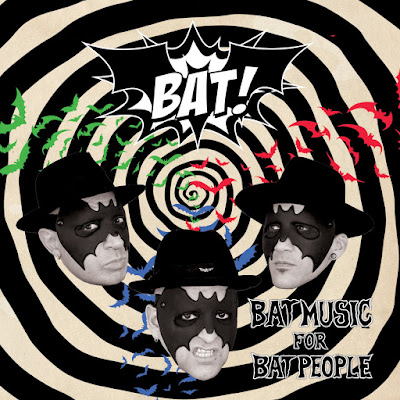 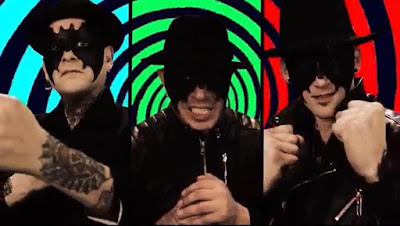 Right from their start,back in the spring of 2018,BAT! have been big news.It's not everyday a so called  superband forms.In this case the band's line up is damn stacked: Rene De La Muerte Garcia (The Brains,Nekromantix),Dusty Graves(Stellar Corpses) and Daniel De Leon(Rezurex).Hell even if you know just a little bit about psychobilly, this is pretty impressive.As a result there has been a whack of interest and some major hype about the band's debut album, "Bat Music For Bat People". This puppy blows the doors off all the hype and will color you impressed.It punches in hard with 15 originals and 5 covers and it's not all psychobilly.This is one mean and fun slab that throws in straight up rock n roll,punk, surf  to rockabilly and garage.If that wasn't enough for you, they also add a little 50's inspired rock n roll and even a dash of poppiness.In other words there is something for everyone here and it works.Highlights include: "We Fight", "Devil Woman From Outer Space", "Getaway Car","Graveyard Girl", "Monster Party" and "Villain".

These cats could have played it save but they didn't.Instead they released a surprisingly fun and killer album that's one of the years best.  Bat Music For Bat People is a refreshing blast that you gotta grab.Highly recommended!!!
https://www.facebook.com/officialbatband/