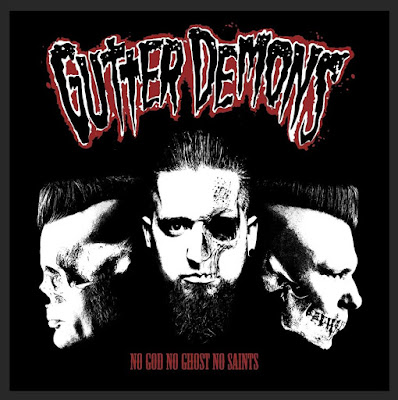 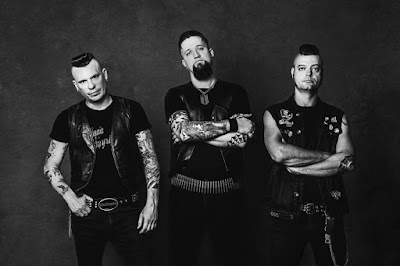 They're is no doubt that The Gutter Demons are a top shelf outfit.Hell they have managed to carve out their own niche in the psychobilly world and are one of Canada's best bands,period. With a stout rap sheet of 4 studio albums and one live ,this is a band that's open for business and killing it.Now the band is offering up their latest release," No God, No Ghost, No Saints " and it's another sonic winner.This puppy is pretty much an all out attack that will colour you impressed.We get 10 tracks of hellbound psychobilly and one ballad .As a bonus there is also a hidden track at the end of the album. It's pretty much what one would expect ,however there is at times a more rock n roll feel here.That may be because the band worked with Frank Seguin (Matchless) .As a result this is of the band's better albums and that's saying something.Highlight include: Damage Case", "Ravenous", "D.O.A." ,"Roadkills" and "Cold Call"
The Gutter Demons nail it here with " No God, No Ghost, No Saints "   but then again that should surprise no one.Some will argue that it's  their best yet and it's definitely one of the years best albums.You need to get this puppy and crank it so the neighbours will think your the koolest cat on the block.Highly recommended!!!