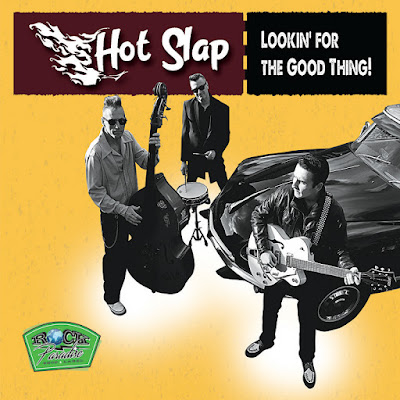 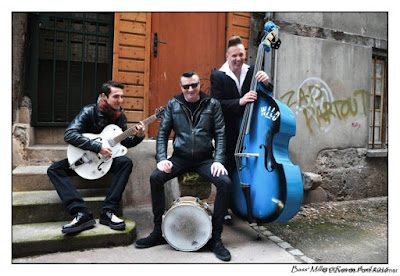 One of France's best keep  rock n roll secrets is the band Hot Slap.Since 2014 they have played all over their country but have rarely strayed outside of France.However they have  gained a rep as a top shelf neo rockabilly/rock n roll outfit in their homeland  .Back in 2015 they released their debut album "Play Legends".It's an all cover affair that's pretty sweet and showed that this was a band to watch out for.While, now their back with the killer sophomore album,"  Lookin’ For The Good Thing!". This puppy struts in, full of  swagger and backs it up big.We get  a 50/50 split of originals and covers totally 14 tracks, that gives you a good bang for your buck.It's a kool and sharp shot of neo rockabilly with a healthy kick of the blues mixed in.They also throw in a little country just to spice things up.From start to finish,this is one damn strong dish, that will leave you pleased .Highlights include; "Something In The Water:, "Better Than", " I Was Your Man" and "Sometimes"


The Hot Slap have scored a direct winner with "Lookin’ For The Good Thing!﻿"This is one album you should snag up.Highly recommended!
https://www.facebook.com/HotSlap/
Posted by Slams Reviews 2 at 22:05