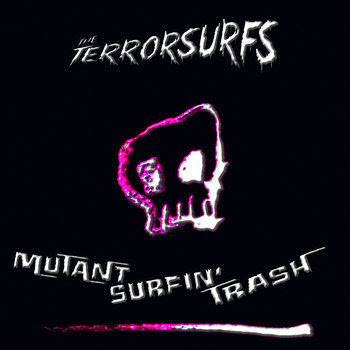 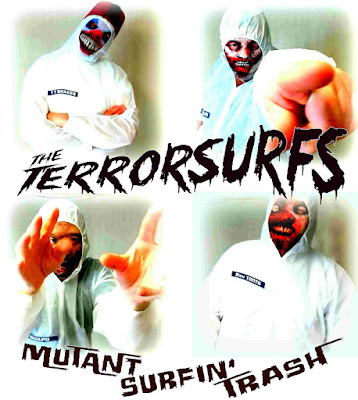 Back in late 2016 The Terrorsurfs  crawled out the primordial ooze and dropped the explosive and raw  "Zomboid Surf Attack".With that knock out punch ,they firmly established themselves as a  surf band to be reckoned with.  These cats throw  down some of the best  surf punk/ smash mouth surf  out there and aren't afraid to mix it up.The band's debut album set the bar high  and now they have struck  back with their  excellent sophomore effort "Mutant Surfin' Trash".This time out( now as a four piece) they back it up a bit  and bring more traditional surf  into the sonic mix.But don't kid yourself this, baby still packs a big punch. We get 12 original tracks  that range from traditional leaning surf to all out surf punk.Highlights include: "Surf Burger", "Sax Fiend","Terrorsufer" and "Bat Shit Crazy"

By showing some restraint  The Terrorsurfs manage to pull off a well balanced and kool sounding attack with " Mutant Surfin' Trash" .It's one album you want to grab. Highly recommended!
https://www.facebook.com/terrorsurfs/   http://terrorsurfs.com/
Posted by Slams Reviews 2 at 11:27