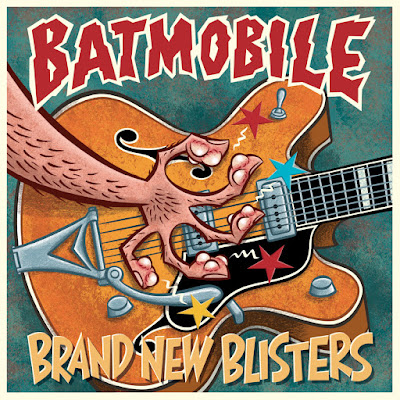 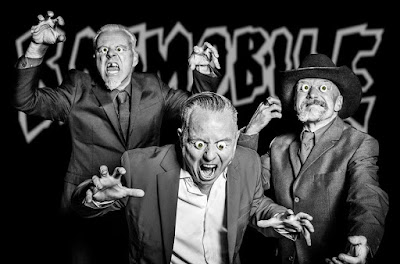 Batmobile the name says it all,hell they are the band that sealed the deal for many people(including me) when it comes to psychobilly. This legendary Dutch band has a rich and impressive catalogue that few band's can touch.The band's last full album was 1997's "Welcome To Planet Cheese" so when word of a new album came out in mid 2016 the buzz was pretty big.Well that new album "Brand New Blisters" is about to explode into the public and it's nothing short of a knock out punch.This big dog snarls,bites and doesn't back down.Clocking in at around 31 minutes with 15 tracks means Batmobile is all business here.Right from a fast and familiar start to the last track this puppy lives up to all the buzz.From psychobilly to maximum rock n roll to hints of garage and even a couple of ballads, this is one damn stout.There are no bad tracks here so the bang for your buck is big.Highlights include: " Batmomaniacs","Never Gonna Stop", "It's Rock & Roll", " Apeface" and "Rock & Roll and Alcohol".
Batmobile have been around more than 30 years now  and unlike many of their counterparts they have stayed together with no membership changes(it's still the original lineup) and have never made big claims about themselves.So respect is do .If anything  "Brand New Blisters" shows they haven't lost a step and they still have what it takes.Believe me there is still a lot of gas in the tank.This is a fun, kinetic and killer album that is a must have!  Highly recommended!!!
https://www.facebook.com/batmobileofficial/      http://www.batmobileforever.com/
Posted by Slams Reviews 2 at 13:43