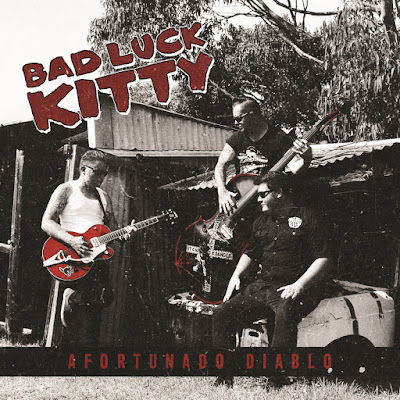 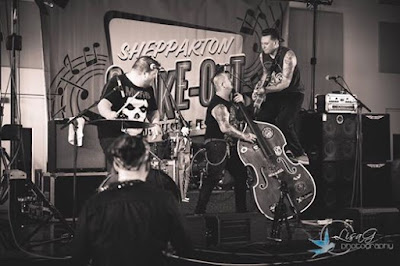 Bad Luck Kitty erupted onto the Australian rockabilly scene back in 2015 and quickly established themselves as one of the country's hottest act.They backed up the buzz with the release of a pretty kool self-titled  EP that gained international attention and rightfully so.Their brand of neo-rockabilly/psychobilly is a fun and fresh blast that's hard to resist.Now there back with a killer debut album," Afortunado Diablo "and this puppy rocks. Clocking in with 10 tracks(including 2 from the EP) that are nothing short of hip shaking action.We get a whack of neo- rockabilly/with a mix of psychobilly and rock n roll that hit the spot.This is one fast and neat ride that leaves you wanting more.Highlights include: " Edge Of Town", "Lawless", "Booty Call", and "Rockabilly"

You just know that  Bad Luck Kitty are a band that means business but they also know that it's about having fun and "Afortunado Diablo" bears that out .This is a mighty stout debut album from an exciting band that you should check out.You'll have no problem letting this kitty into your house. Highly recommended.
https://www.facebook.com/BadLuckKitty/    https://badluckkitty.com/
Posted by Slams Reviews 2 at 11:05