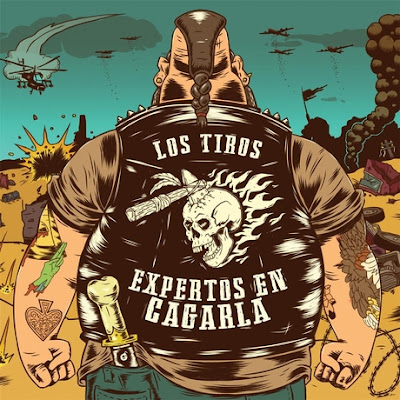 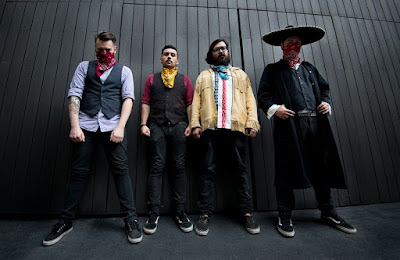 Los Tiros is a surf band from Guatemala and sadly most of us haven't heard of them. Until a few weeks ago I hadn't heard of them either.Let's just say you really gotta give these cats a listen.This is  instro / spaghetti surf that you can sink your teeth into.The band's debut "Tu Pesadilla Regresó, Bienvenido al Infierno"came out 2013 album (I haven't heard it but I hear it's killer). Their sophomore album  "Expertos En Cagarla" was released in late 2015  and started getting noticed here in North America in mid 2016. This is one album that will blow you away.It smashes in with 13tracks that hit the ground hard and it doesn't let up.We get a blast of spaghetti surf that collides with surf punk and still at times comes off as revved up traditional surf.This may be the fastest western/spaghetti  surf album out there and it's damn good to boot!Highlights include: " Colt del Tipo 420", " El Último Tiro", "  Forjado a Fuego Lento en Fort Knox", and " Big Chief ".
There has been a whack of excellent surf music released in the last couple of years and " Expertos En Cagarla" is up there with some of the best.You really want to check  Los Tiros out .You will not be disappointed. Highly recommended!!
https://www.facebook.com/sebuscanlostiros/     http://lostiros.com/