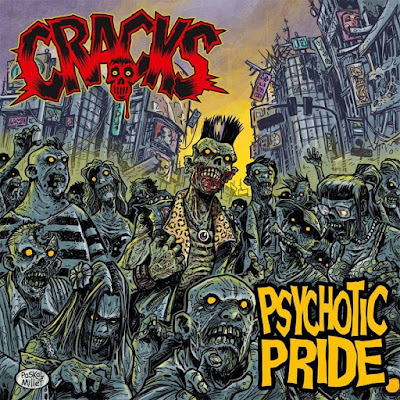 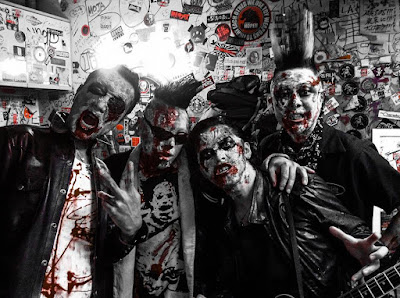 Since forming 1999 Cracks have emerged as one of Japan's better psychobilly bands.Over the years they have leaned more towards the horror angle but this is a psychobilly band  that is much more than that.They have never been afraid to mix it up and have a knack for doing kool covers.The band's 6th and latest release "Psychotic Pride " is a blast of fun with a couple of curve balls thrown into the mix .This puppy kicks in with 15 tracks of rockin'  psychobilly  that shifts gears with ease.Yes we get the horror angle a dose of punk ,a couple of slower numbers and  even  some banjo on a track that has shades of country.Hell add in a few kool covers and this is easily their most diverse and best album yet.Highlights include: "Head Shot","Godless Generation", " 4 Piece Living Dead", the Marshall Crenshaw  cover of "Someday Someway" and The Dammed  cover of " Machine Gun Etiquette"

At times " Psychotic Pride" rings with familiarity and it's a pretty kool ride too boot .The Cracks nail it here and like I said before this is their best yet. Recommended!!!
https://www.facebook.com/crackstokyo/
Posted by Slams Reviews 2 at 13:31