Galactic Polecats - The Bad Are Better Off 2017 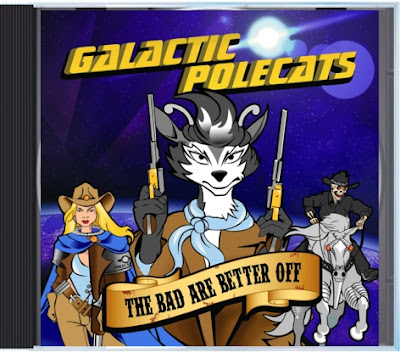 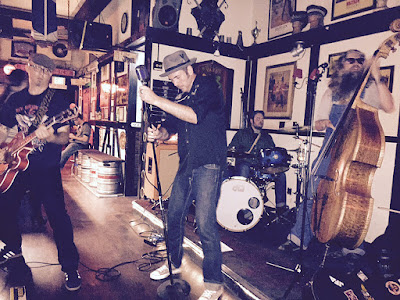 Back in 2015 the Galactic Polecats gained some major attention with the release of the hard hitting and damn good ep "The Rockinest Cat in the Galaxy". Their combination of rockabilly, psychobilly and punk has become known as shinerbilly .Not standing still the band's sound has evolved and strengthened.As they say "the proofs in the pudding" and one just has to give their debut album "The Bad Are Better Off "a spin to hear it. This puppy comes in with some major  swagger and backs it up.We get 12 tracks of modern rockabilly that smash into straight up rock n roll .Sure they still hit hard and fast but at times they slow things up, reel it in a bit and change directions.Hell they even add  tinges of country into the mix.The result is a refreshing ride that's hard to resist.Highlights include: "Necro Girlfriend", "Littlebird '55", " Rosie Mae", "Walk On" and the cover of "Devil Inside".
The Galactic Polecats have a winner with "The Bad Are Better Off ". It's one kool rock n roll album that delivers the goods by a band that's firing on all  the cylinders.Highly recommended!
https://www.facebook.com/galacticpolecats/   http://galacticpolecats.wixsite.com/polecatjunction