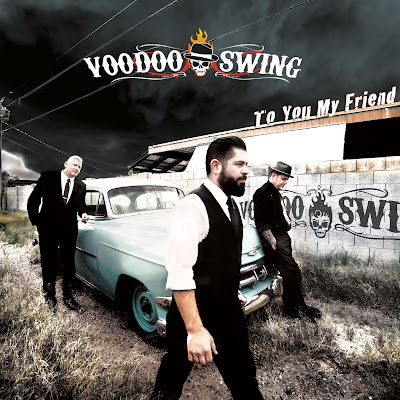 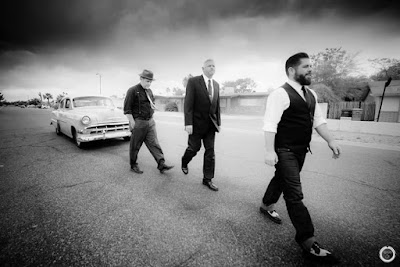 A lot has been said about Voodoo Swing  over the years ,good and bad.For some they are not rockabilly enough for others they aren't bluesy enough.Some would say it's been almost a no win situation but at the end of the day they have been  and are a killer band.This is a band that has always blurred the lines,playing the music they wanted to and loving it (kudos to them). With 7 really strong albums under their belt , the last in early 2013,then later that year  the band decided to pack it in. Well you can't keep a good band down and they have reformed and dropped the album " To You My Friend ". This baby struts in with 11 tracks that  are surprisingly refreshing and diverse . This isn't a rockabilly album, hell for the most part it's a killer blues fueled ride with an awesome vibe.There is some rockabilly ,some honky tonk,country,rock and more roots.We get horns,key boards and even the mandolin here.One has to be impressed with the range of ground they cover here.Highlights include: " You Ain't Doing Me Right", "To You My Friend","Chokin' The Chicken " and the kool "So Fine".

You gotta give it to Voodoo Swing not only are they back but also "To You My Friend " is pretty impressive. One thing for sure is these cats are damn good and have the balls to prove it.Highly recommended
https://www.facebook.com/voodooswing/      http://www.voodooswing.org/
Posted by Slams Reviews 2 at 12:58